It's the weekend!!! Let's celebrate it with a mini giveaway! Again, I wanna thank Legends of the Spiral for the Giveaway code to allow me to be able to do this for you guys. Here are 45 codes for Merle's House and Storm School Tapestries. They are mixed up. So good luck!

We will do this again tomorrow!


Facebook has a major draw, its games. I play so many different kinds of games on that site. Otherwise, I'd visit it once in a blue moon. I tend to play Facebook games when Wizard101 and Pirate101 has no new content for me to play with. And hey, they're FREE! Well, you can buy some of their stuff with real money, but it's not really required. Anyway, one of the games that I truly loved and did spread the word about was "Here Be Monsters." I started tweeting about this game months and months ago.

So, when I saw Spiral Radio 101's review on this game, I cheered. I felt that since I really liked this game, I wanted to expand on SpiralRadio101's awesome post and explain a bit more about this game. You know, I have been playing this game for a long time, so it has been a long journey for me. I started in London like everyone does, but now after finishing all of the London quests, I'm now in Nanjing. And that was only the second major city that I was able to unlock in this game. There's more major cities to unlock with new quests all over the world. This just goes to show how much content this game has. Because of that, I can share my own experience with this game.

So what is this game about? This game is about helping others by trapping monsters that are wrecking havoc and heal them from the corruption that's making their minds muddled. But we also focus on becoming the greatest chef in the world by learning how to make various food recipes as well as being the best trapper, fisher, alchemist, you name it! I mean that literally by the way. I am now a Junior Alchemist. And Mrs. Wong wants me to practice making hard food recipes, so I can complete in Iron Chef competition eventually. And Mrs. Wong is PICKY!!! You can earn badges for accomplishing certain tasks. Some badges are even secret badges that you gotta figure out! 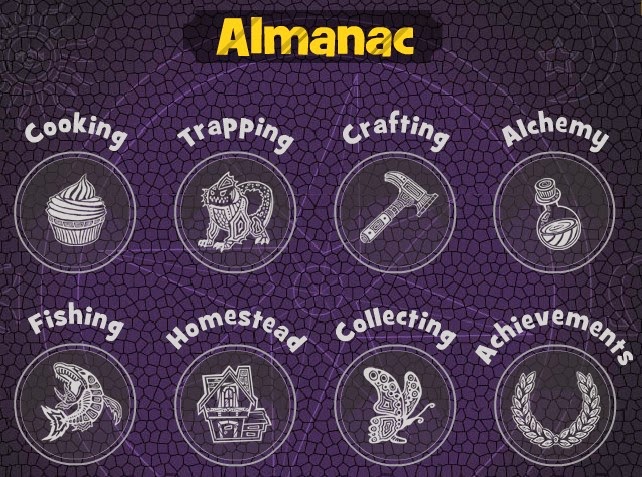 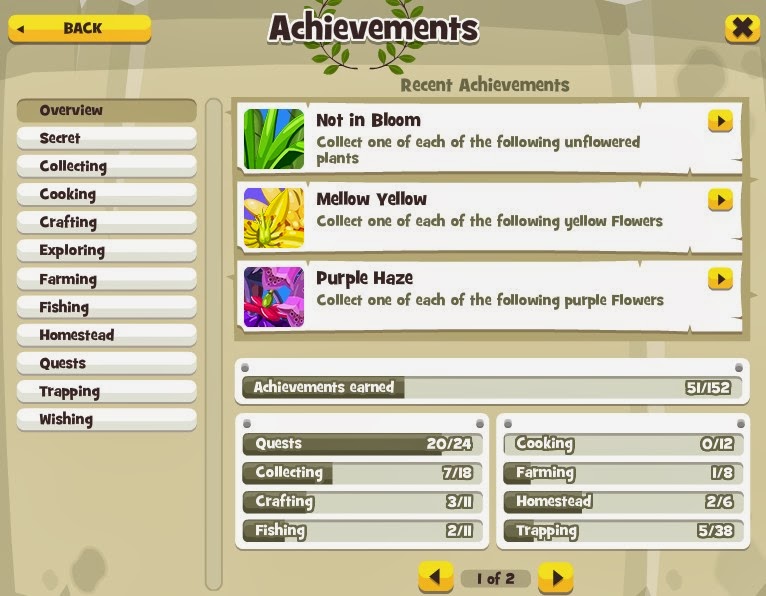 You start with easy traps, but eventually you have to craft bigger, meaner, stronger traps like the one below. The Exorcist's Shrine took me a LONG time just to craft. Every monster likes certain traps and certain baits, so you have to make sure you have everything available if you want to catch a certain monster. Trapped monsters will give you ingredients. There are so many different kinds of monsters which drops their own unique ingredients and loot. 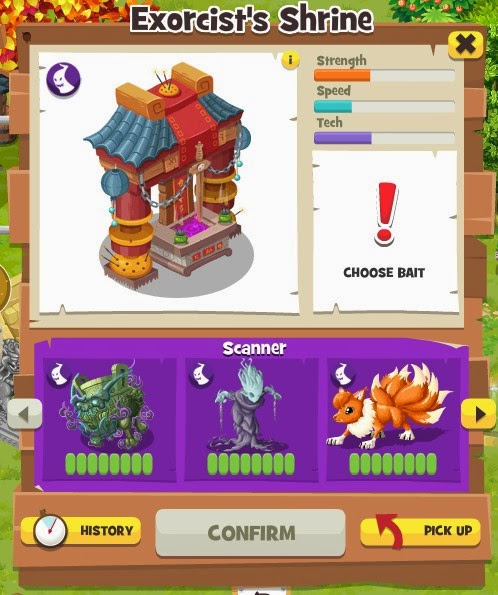 To make food recipes or bait for the monsters, you have to plant crops on your homestead and/or collect ingredients from monsters which requires you to travel all over the world and placing traps to catch them. You can literally go anywhere in the world, to Africa, America, South America, Australia, again seriously anywhere! 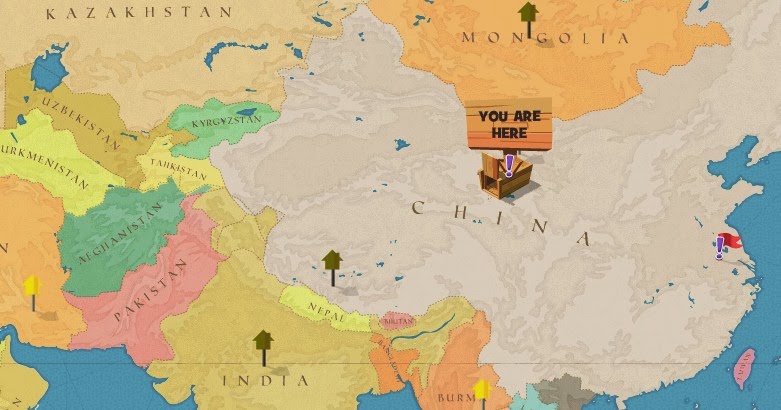 When you're tired of popping all over, you can take a break and fish! 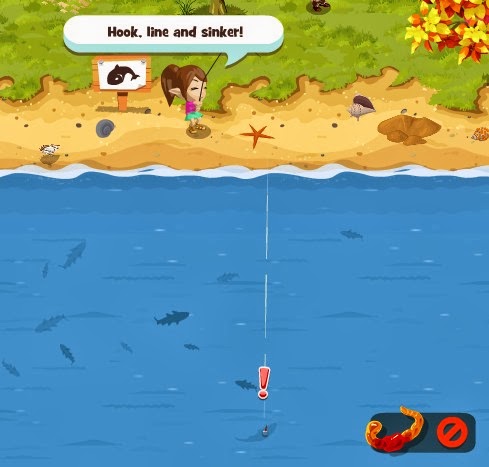 You also are able to add buildings to your own homestead. At first I had a small cabin. But eventually I was able to buy a recipe for a better house and upgraded it! Now I have a decent, cute house. But someday I would like a Victorian House or something cooler. And oh did I mention that you can also own farm animals which also drops their own ingredients like milk, eggs, etc too? Well now you know! 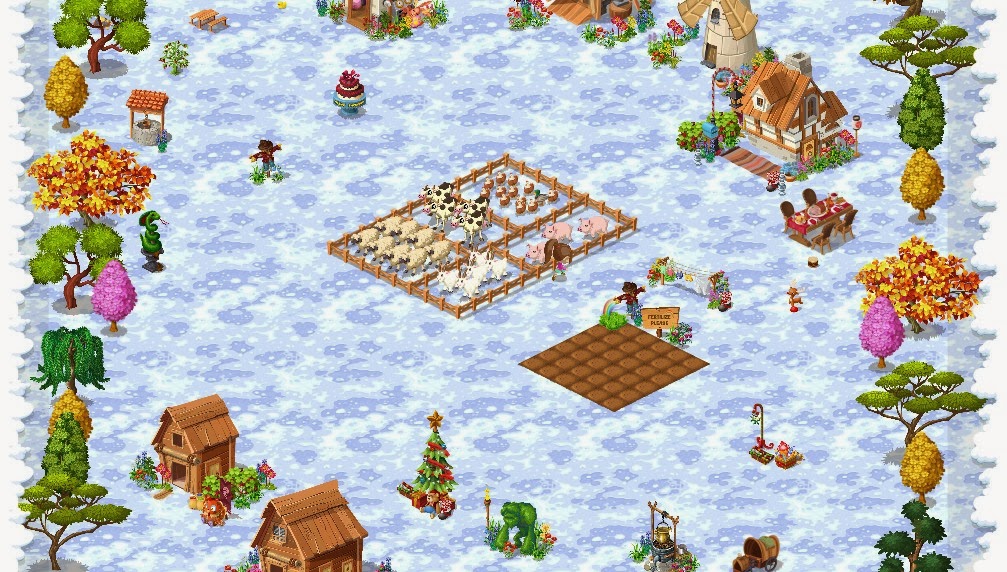 But the best thing about this game is that you can add friends in it that are not on your Facebook list. 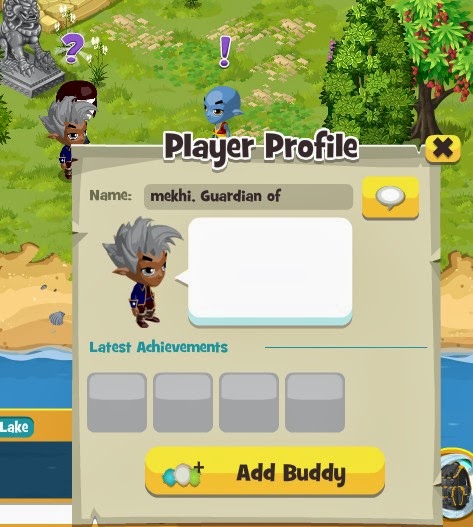 This way you are not bombing your actual Facebook friends with invites and become annoying.

My favorite things about this game is that they also tend to introduce new quests or content every two weeks. And they tend to give away free in-game stuff all of the time on their Facebook page which is pretty cool! Just make sure you like their page, so you won't miss out on their daily posts and free in-game stuff. Not only that, they also have a cool Wishing Well where you can hopefully win rare things and every week, you get a free gold coin to try your luck at it!

You can read more about this game from Spiral Radio 101 at: http://spiralradio101.com/?p=464 and you can try out this game at: https://www.facebook.com/HereBeMonstersGame?ref=br_tf

But you know I really wrote this post because I wanted to talk about other games that I also liked! 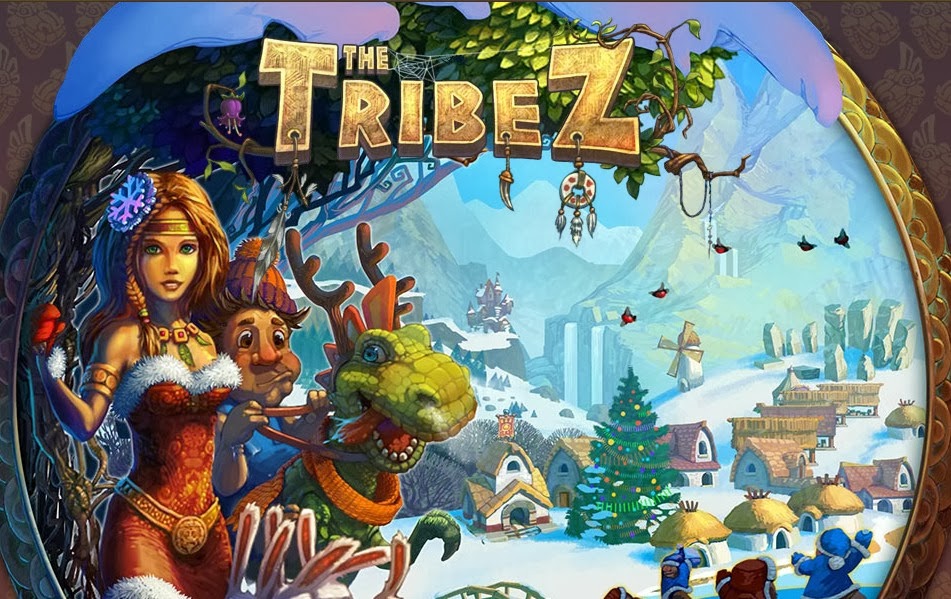 The Tribez is a cool game where you can help your friendly prehistoric tribe build up and expand. You can even hire super adorable dinosaurs to chase away the bad guys who tries to create havoc in your town. 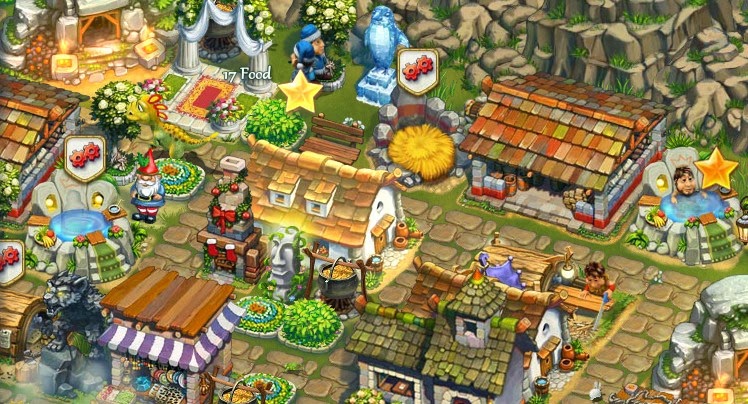 You can see the dinosaurs roaming around to make sure the bad guys actually stay away! 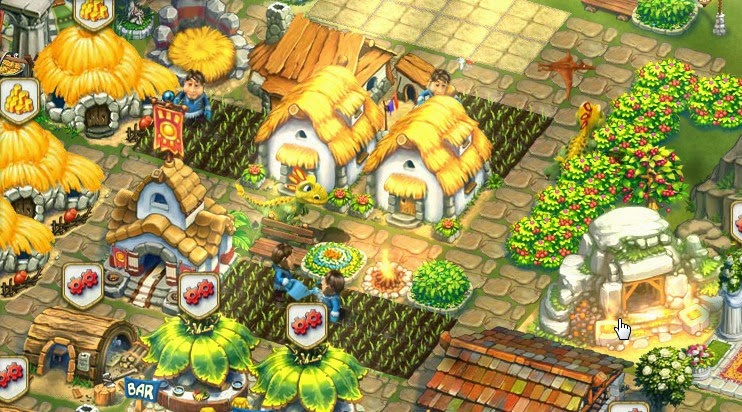 This is just the FIRST world and there's still a lot of areas that I need to expand to. And I have been playing this game for months. There's plenty of content to play with! There's also plenty of quests that it's hard to run out of them! You can craft, build, mine, farm and more!

There's not just one world, but others! After playing this game for a long time, I only was able to get to the second world. Like I said, there's PLENTY of content to play with. And you can ship surplus things from one island to another using a blimp ship. 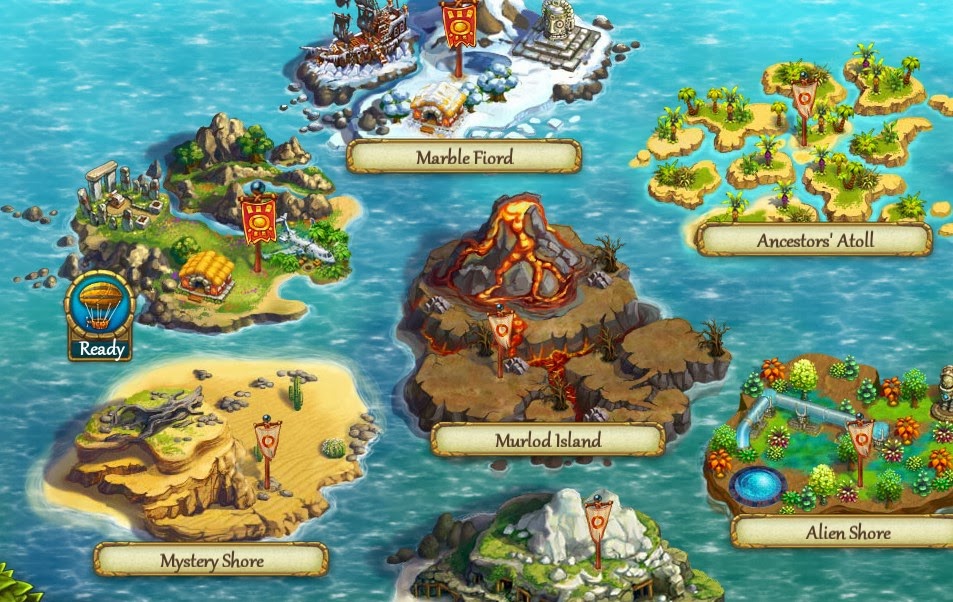 This is Marble Fjord, the second Island I was able to unlock.

This island is a bit harder than the first, but hey I'm up for the challenge!

You can play this game at: https://www.facebook.com/TheTribezCommunity?ref=br_tf

Pirates of the Caribbean: Isles of War

This week, I am trying out Pirates of the Caribbean: Isles of War. You can't go wrong with a pirate themed game, much less a POTC themed game! 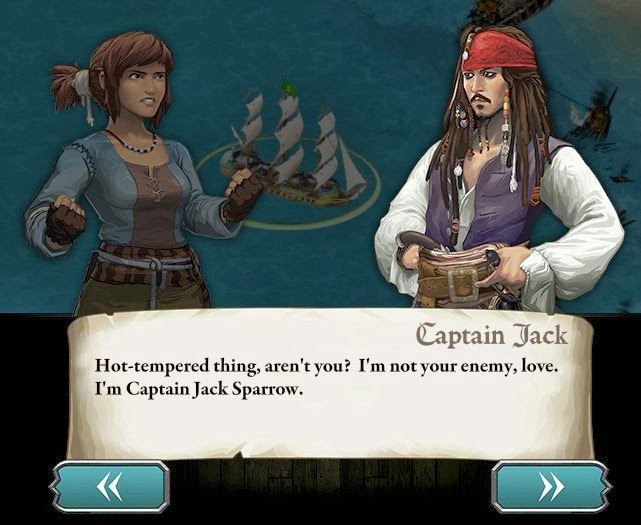 Yep, our favorite character is back! 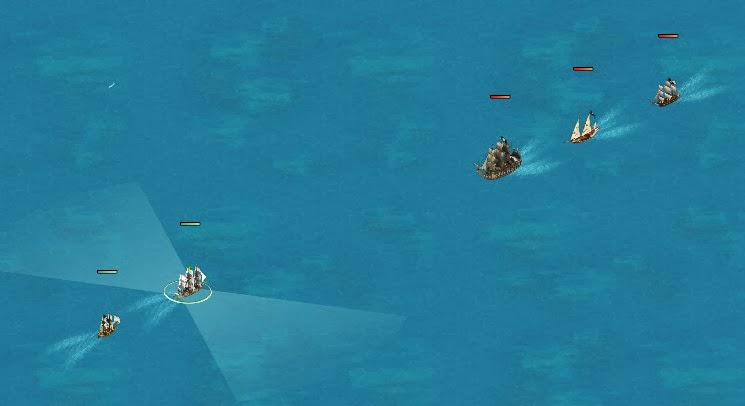 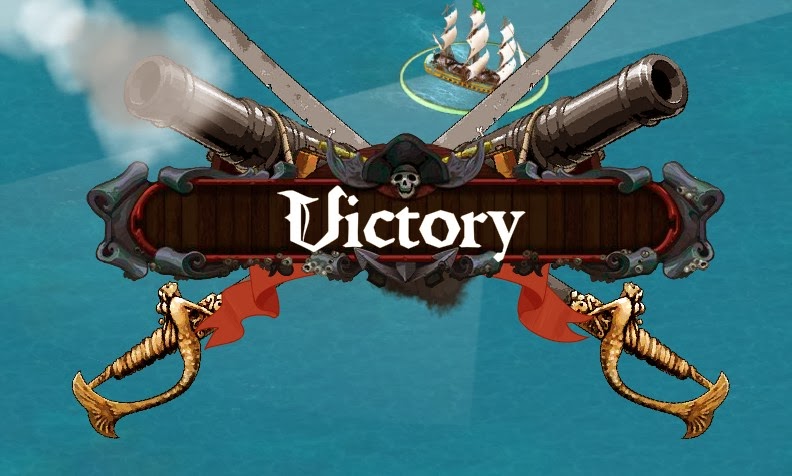 WOOT! I won a ship battle and I won some booty! 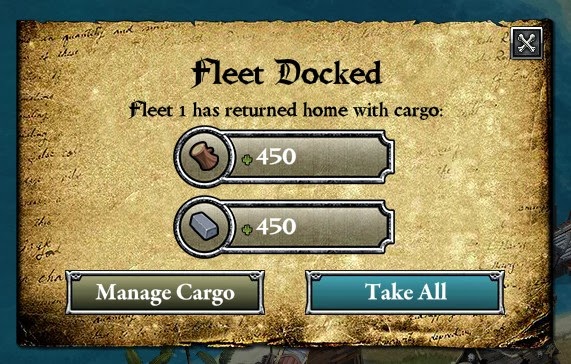 Apparently you get your own island too! Time to make my island the best island out there! 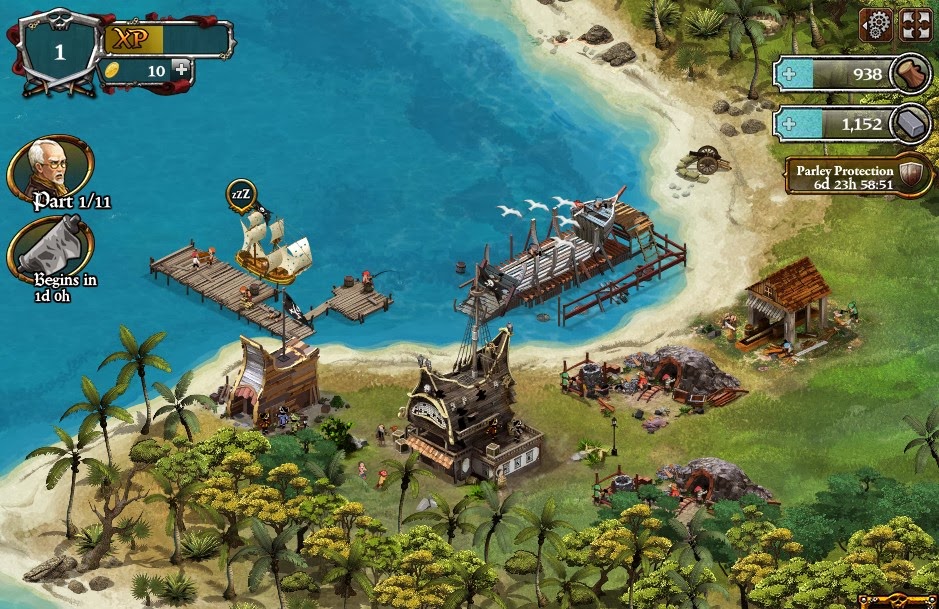 I called myself Red Handed Jill from one of the Peter Pan movies. ;)

And if you sail around, you can other players' islands as well which is pretty cool.
I even saw a Pirate Trading Post island.

So apparently my first quest line is about finding Jack! That naughty Jack stole my ship and disappeared right after "helping" me with a quest. So first I gotta build up supplies and make a new fleet of ships before going after Jack. Oh boy! 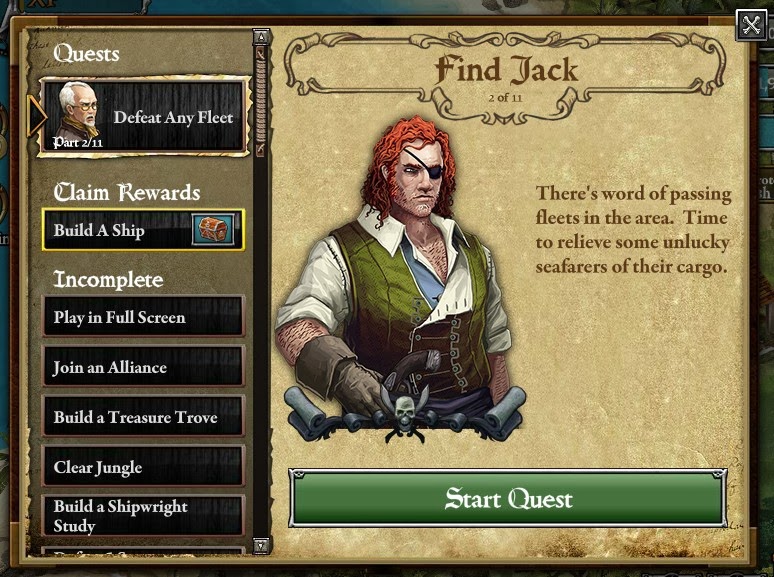 I'll keep you posted on how this game is going.

You can play this game at: https://www.facebook.com/PiratesOfTheCaribbeanIsles

Got any games you want me to try out? Let me know by leaving a comment below.

The Hoodoo Bundle Is Here! 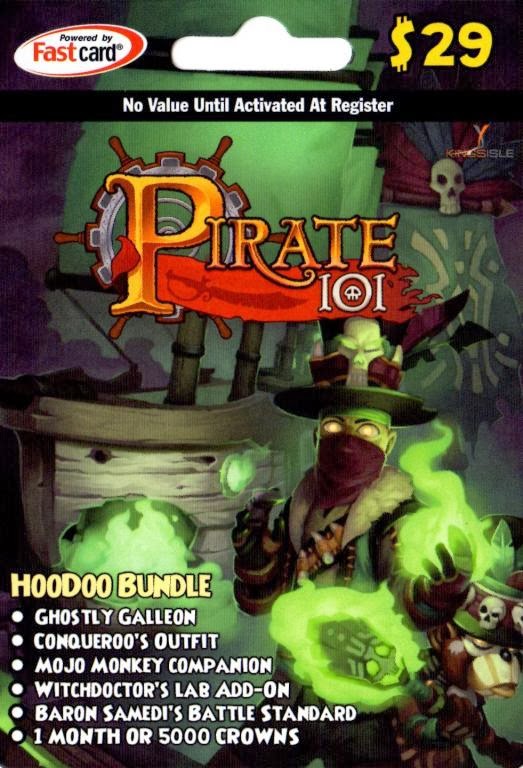 The photo above was posted with mjziegler286's permission.

Apparently a bundle has been found in Walmart that has not been officially released yet. But it all makes sense now about Pirate101's vine video about the Witchdoctor's Lab as well as their Puppet Pirate comic on Facebook!

You can see the gear's stats and more at: http://www.pirate101central.com/forums/showthread.php?50041-New-Teaser!/page6

He's incredibly kind to post those images, so be sure to thank his posts!

I was working on getting Zeena, a companion, to be a part of my crew. While questing on the Zeena questline, we had to have a conversation with the Aquilan War God, Ares. Honestly, one of my favorite characters in this game is Catbeard. He's very witty and funny who makes me laugh constantly. The way he slaps his enemies with a dead fish is a hilarious thing to watch. But while chatting with Ares, it took a turn that showed me Catbeard's serious side that we rarely see. Catbeard's response to what Ares said to him just made me love him even more. I wished that I could give him a great big hug. 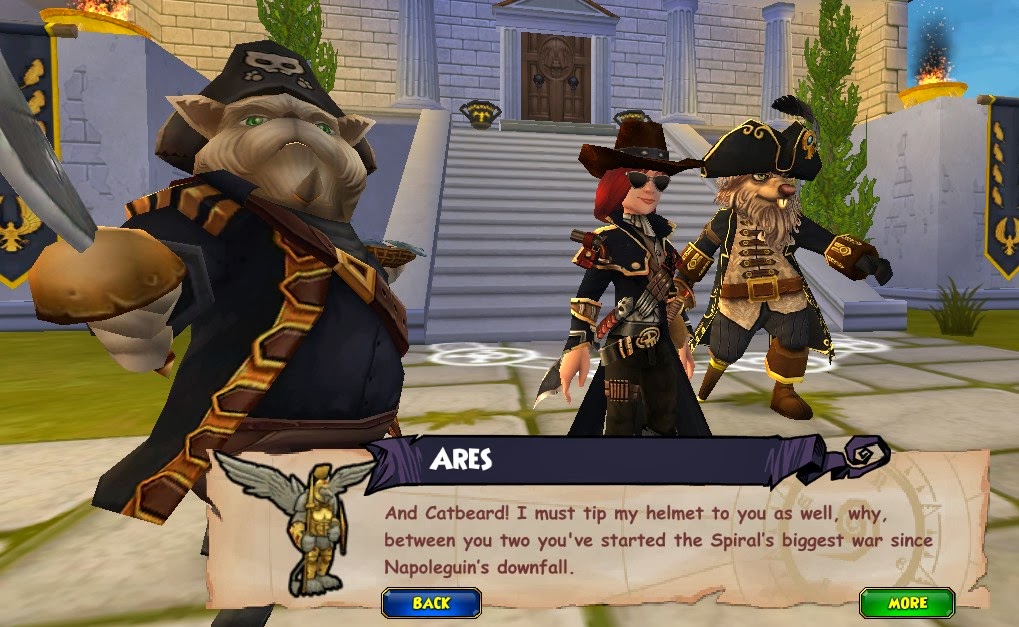 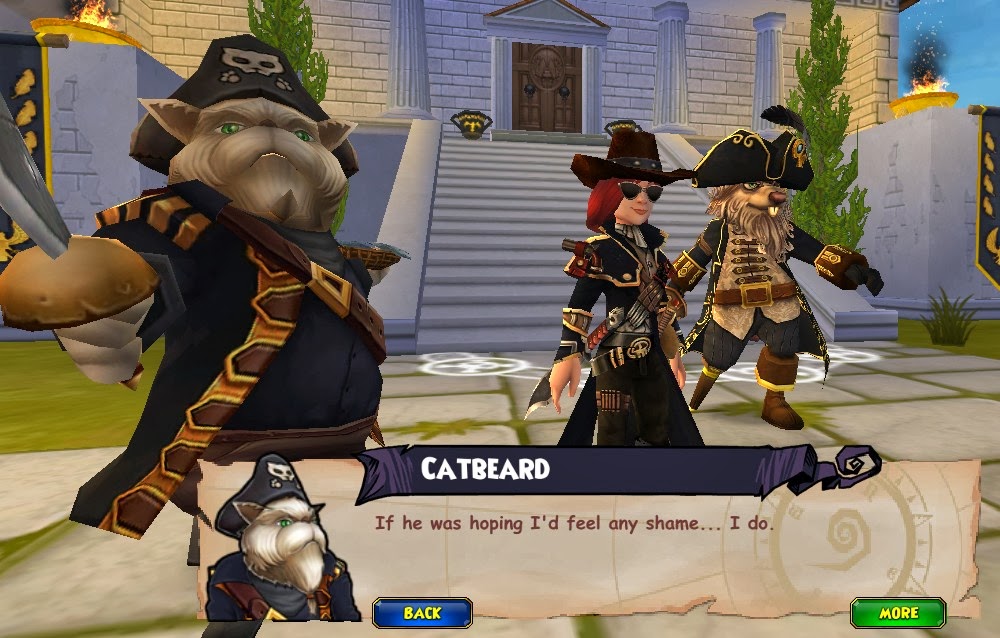 But you know we, the crew and especially Catbeard get to learn a very important lesson. It's never too late to try to repair the mistakes that you have caused.. It doesn't mean that you are a bad person. Without mistakes, you cannot learn to be a better person. This should be applied to real life as well. 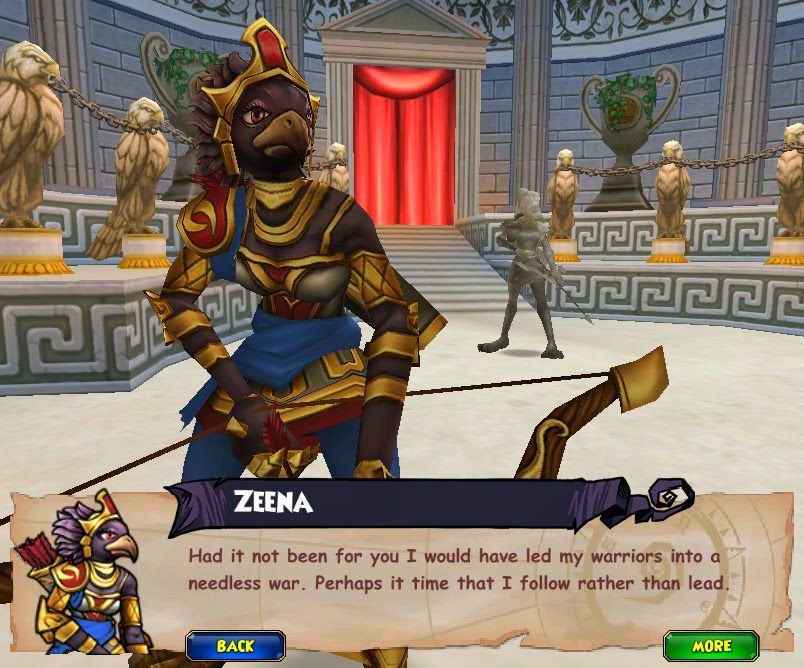 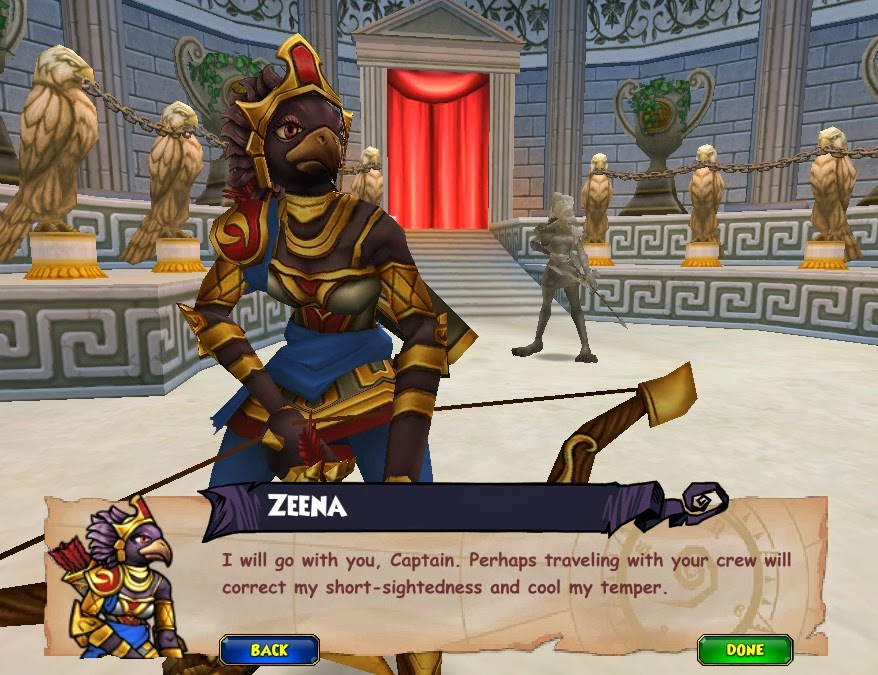 First we helped Ratbeard redeem himself, Catbeard, but now Zeena. Who's next? We shall see.

The Tapestry Chase - Gotta Get All Of Them!

Thanks to the amazing Wizard101 and Lydia Greyrose, all of the Official Wizard101 Fansites are giving away Tapestries. What are Tapestries, you say? Tapestries are a pretty wall furniture that are also great shortcuts to areas or worlds. Heck, they all have their own unique look and they even look amazing up on your dorm wherever you place them. All you have to do is go up to the tapestry and it will prompt you to be transported and tada!

Every Official Wizard101 Fansite will be giving away two kinds of site exclusive tapestries. For example, my site, Stars of the Spiral, is giving away tapestries to Merle Ambrose's House and to Storm Storm School. Check every Official Wizard101 Fansite for contests or giveaway details. If they don't have any, just sit tight and be patient. They might be posting it later this month.

You can check the Official Wizard101 Fansite list at: https://www.wizard101.com/game/community/fansites

I have listed all tapestries that are available below. Once I know which official fansite is giving away which tapestries, I will add them. But if you find out information that we do not have here, please let us know by leaving us a comment below. Thank you!