The Black Market of Pirate101 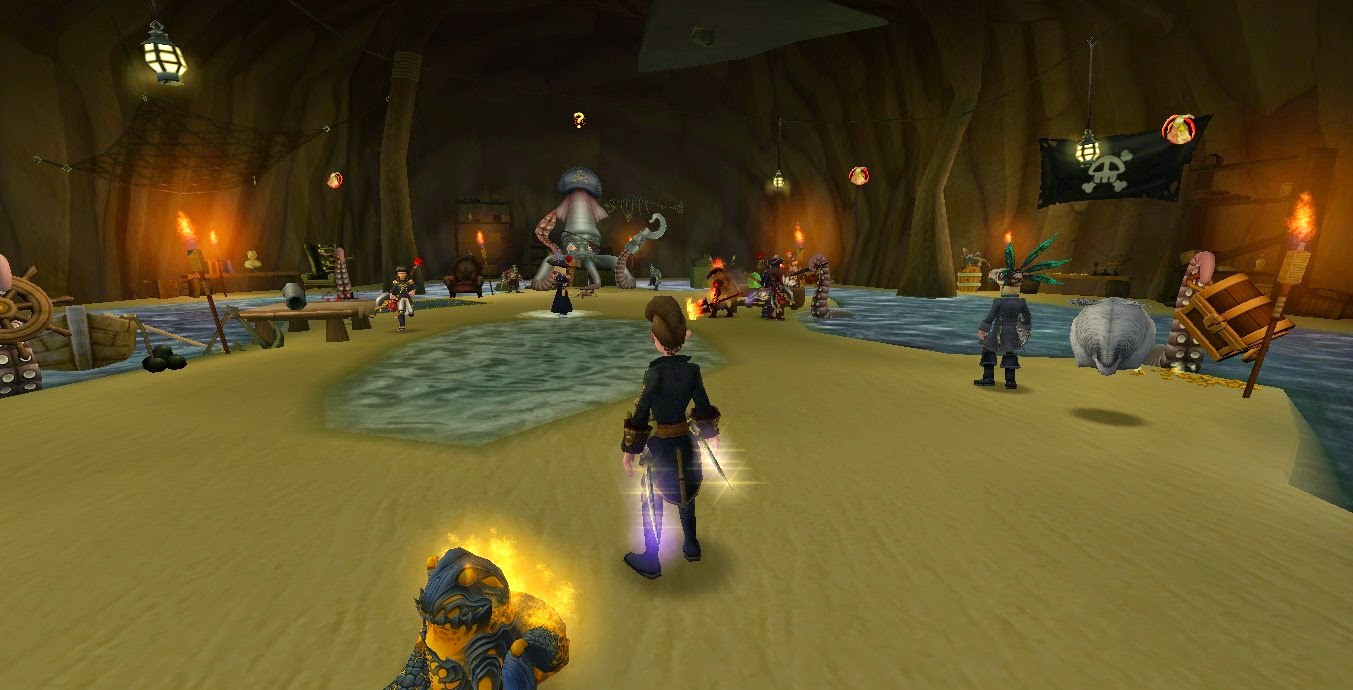 Every tentacle is a vendor. I don't know how the Squid can multi-task like that. He must be a genius. 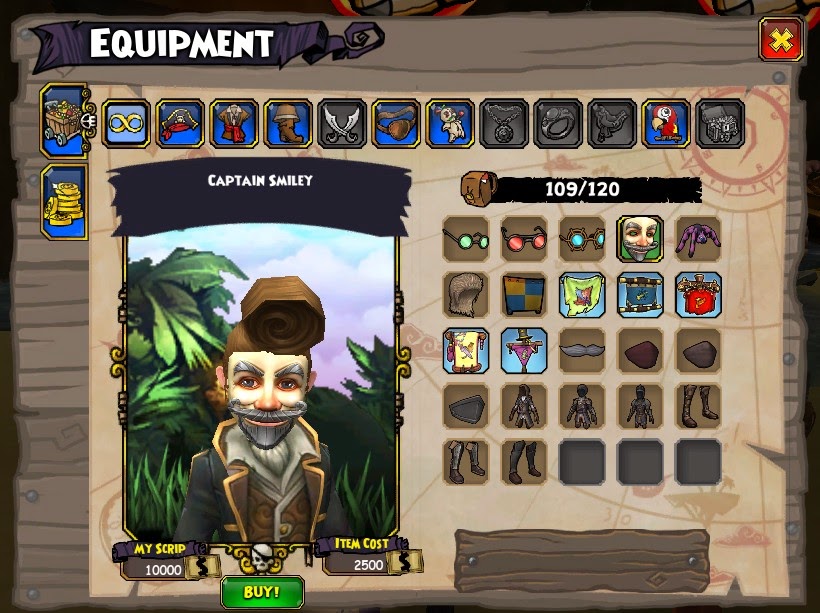 Nice beard and mustache for a girl, eh?

So there's a brand new Black Market in Pirate101 and with that, we got a new currency - Scrips! You can earn Scrips from an Smuggler's Arena which is bought from the Crown Shop for 7,500 crowns and/or by battling ships and turrets.

The best way to earn scrips is to battle turrets since they drop scrips every time from approximately 1 to 12 scrip per time. Ships drop it randomly, so sometimes you will get it, sometimes not. The smuggler's arena is guaranteed. Even if you win the first battle and not advance, you win scrips. My first battle I did, I earned 8 scrips and you can do the Arena every 2 hours. 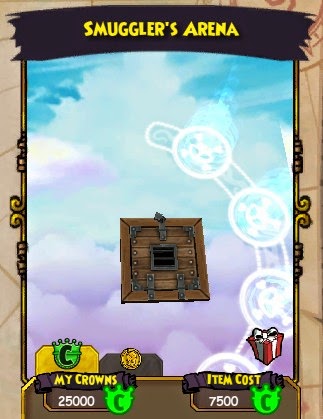 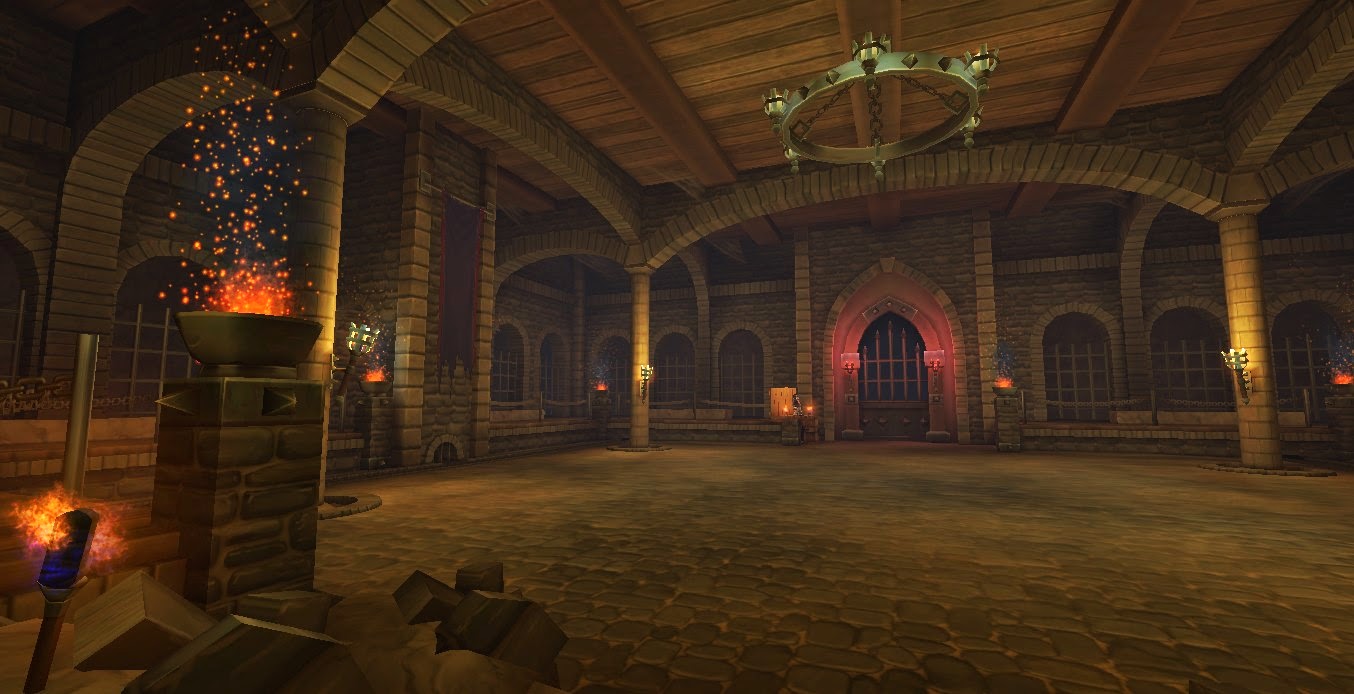 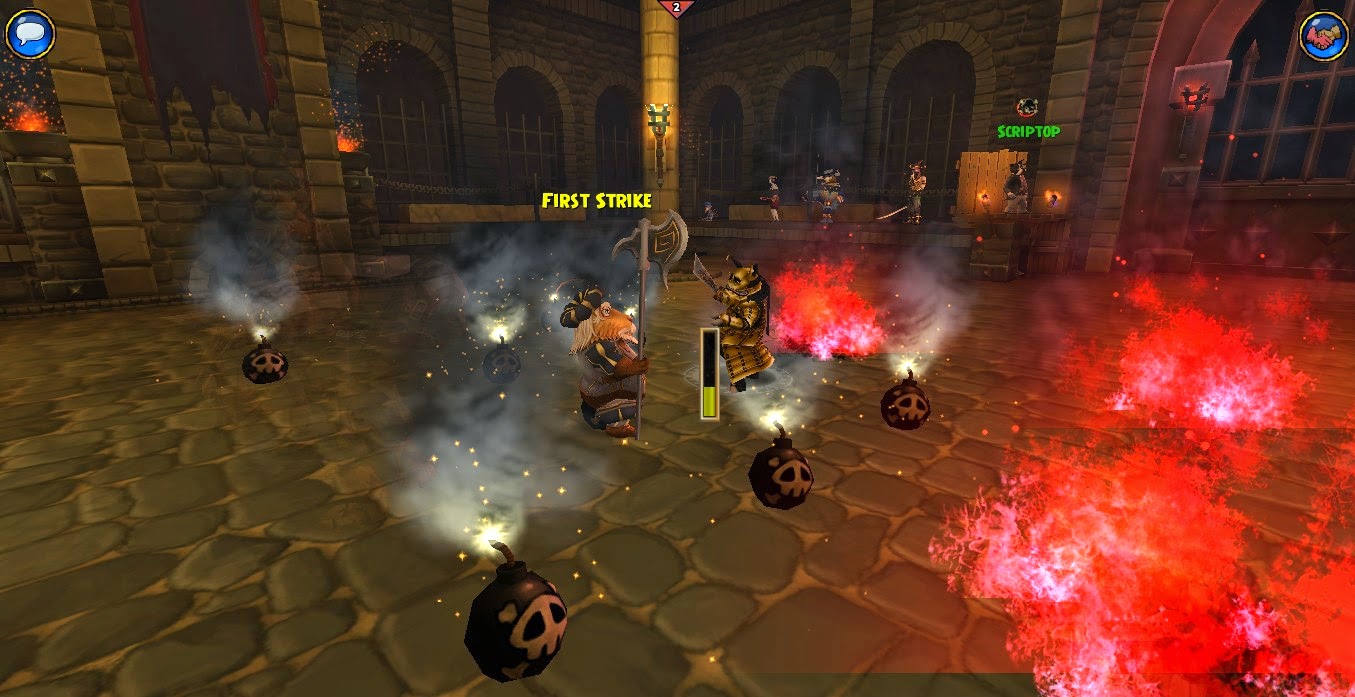 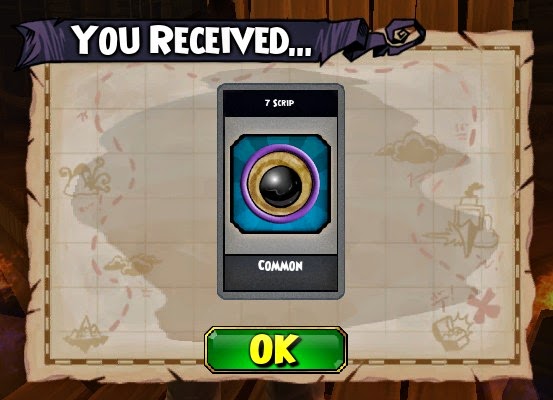 My question to you is do you think the following prices for the Black Market items are way too high? After all, every turret battle you do receive an average of 5 tickets.

Every battle takes approx 5 minutes for a max level. So in a hour, you can do 12 battles per hour. So a hour of 12 battles would total up to 60 scrips. Every day, if you farm 6 hours for scrips, you would earn 360 scrips per day.

6 hours every day for a week would earn 2520 scrips. So the Captain's Quarters: Pirate King Retreat that costs 75,000 scrips would take you almost 30 weeks which translates into 7 and half months.

My main question is - Can you really farm 7 and half months for the Captain's Quarters: Pirate King Retreat? Do you think it's too much? Remember the majority of the people in this country do have work, school, time limits, irl issues, etc. So for those people it would be much much longer than 7 and half months.

I have listed all of the furniture details below, so you can see what you would like and figure out how much scrips you would need and how long it would take you. Let me know if you think any of those scrip prices needs to be lowered or not. Even the simple Room Divider End Cap that costs 250 scrips would take you 4,3 hours of turret farming. 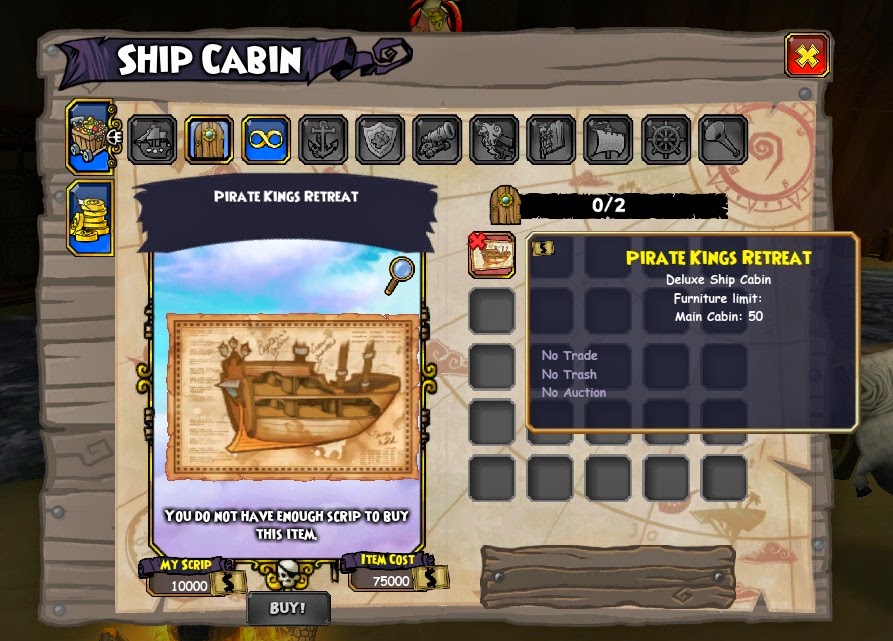 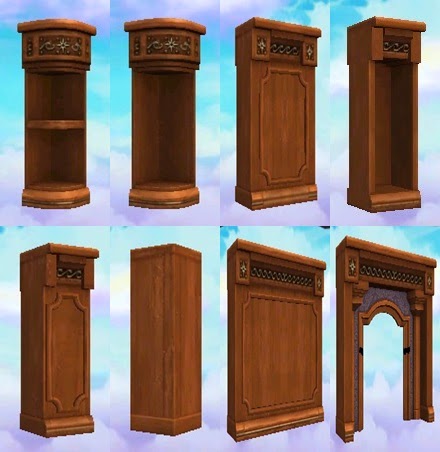 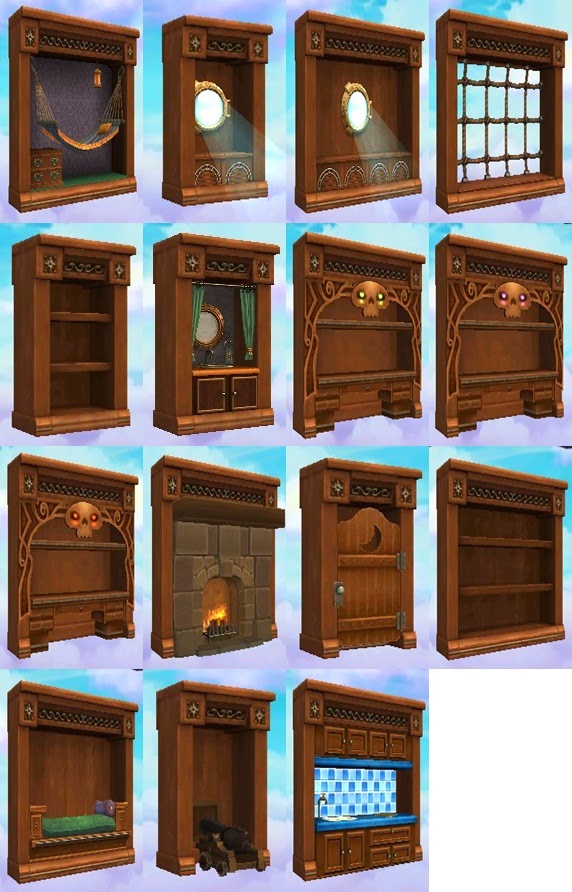 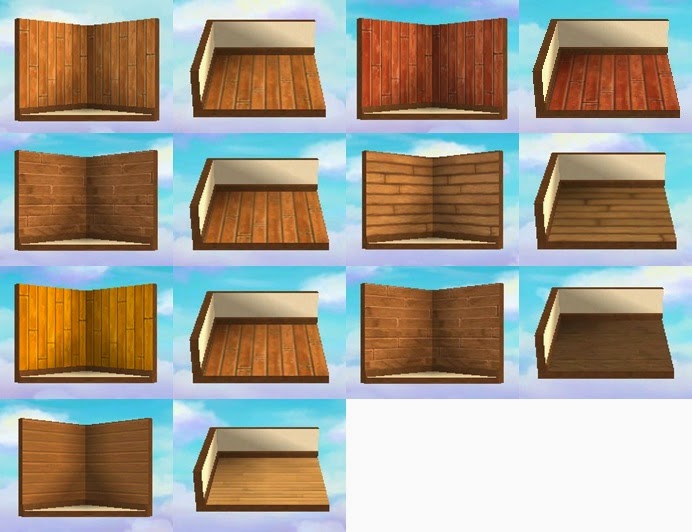 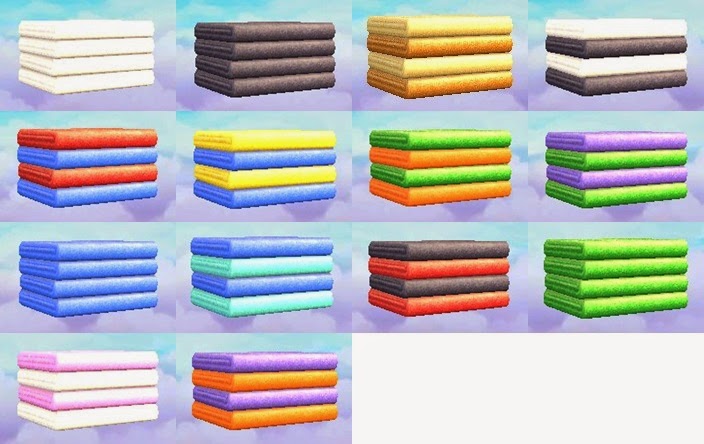 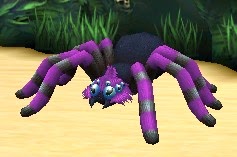 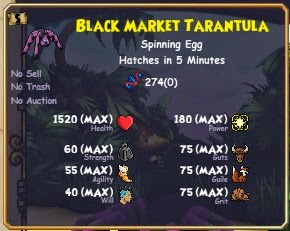 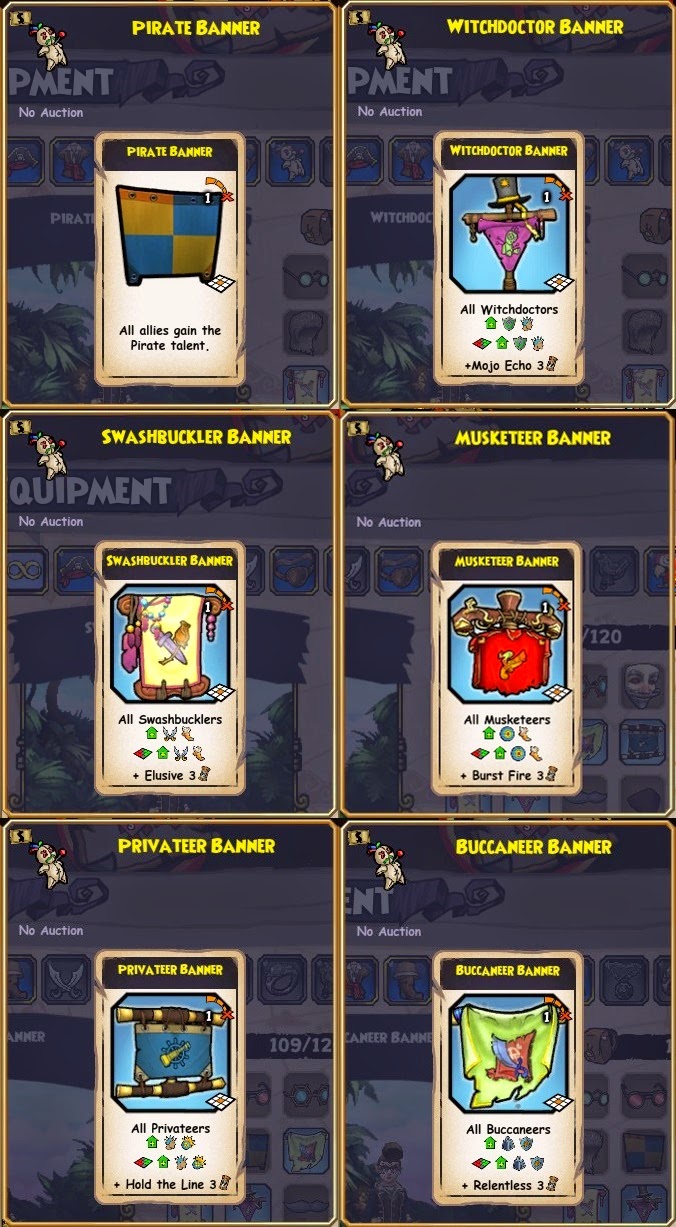 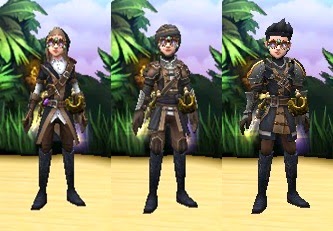 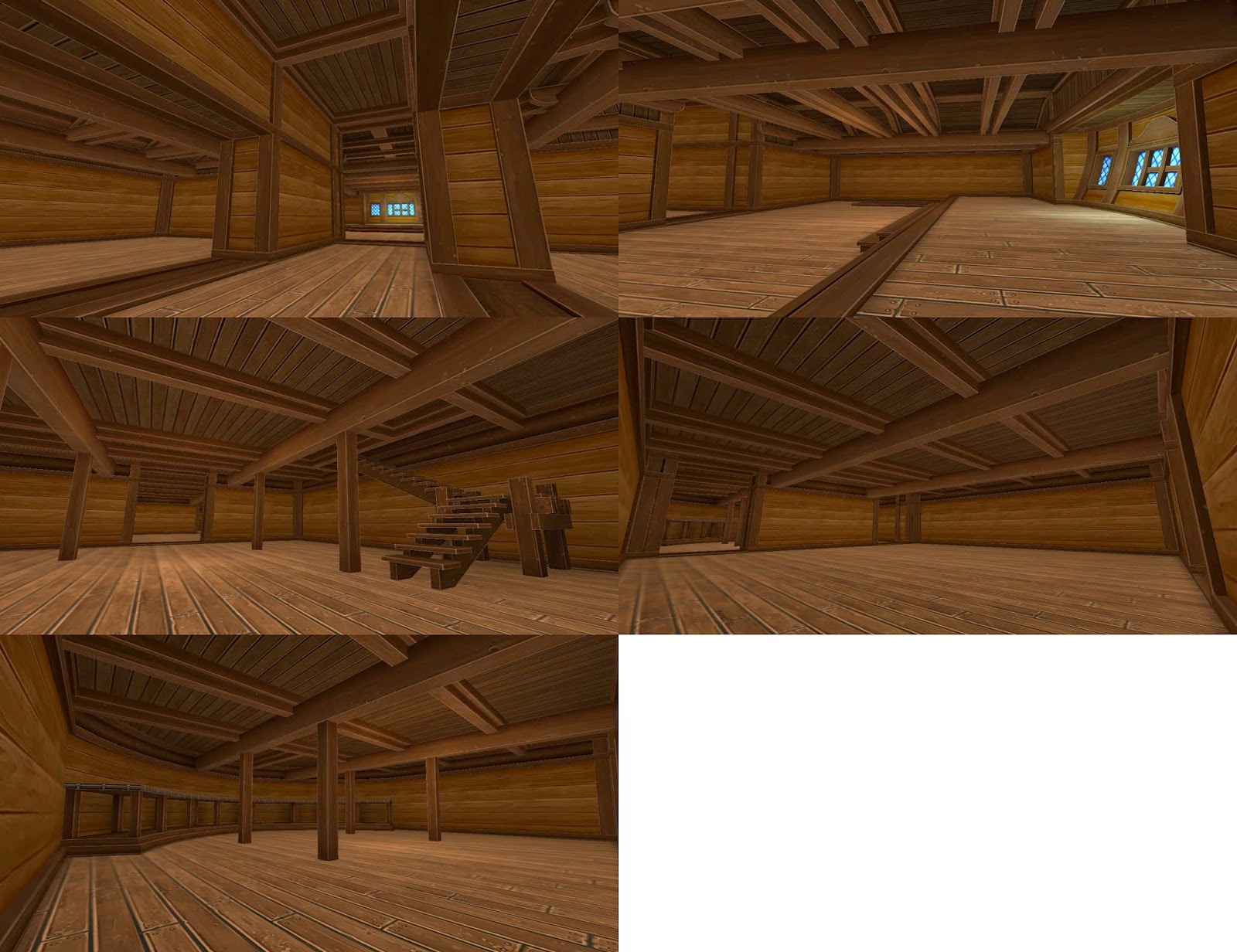 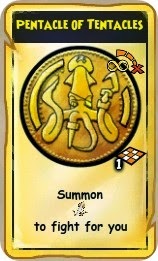 The Evergreen Bundle from Wizard101 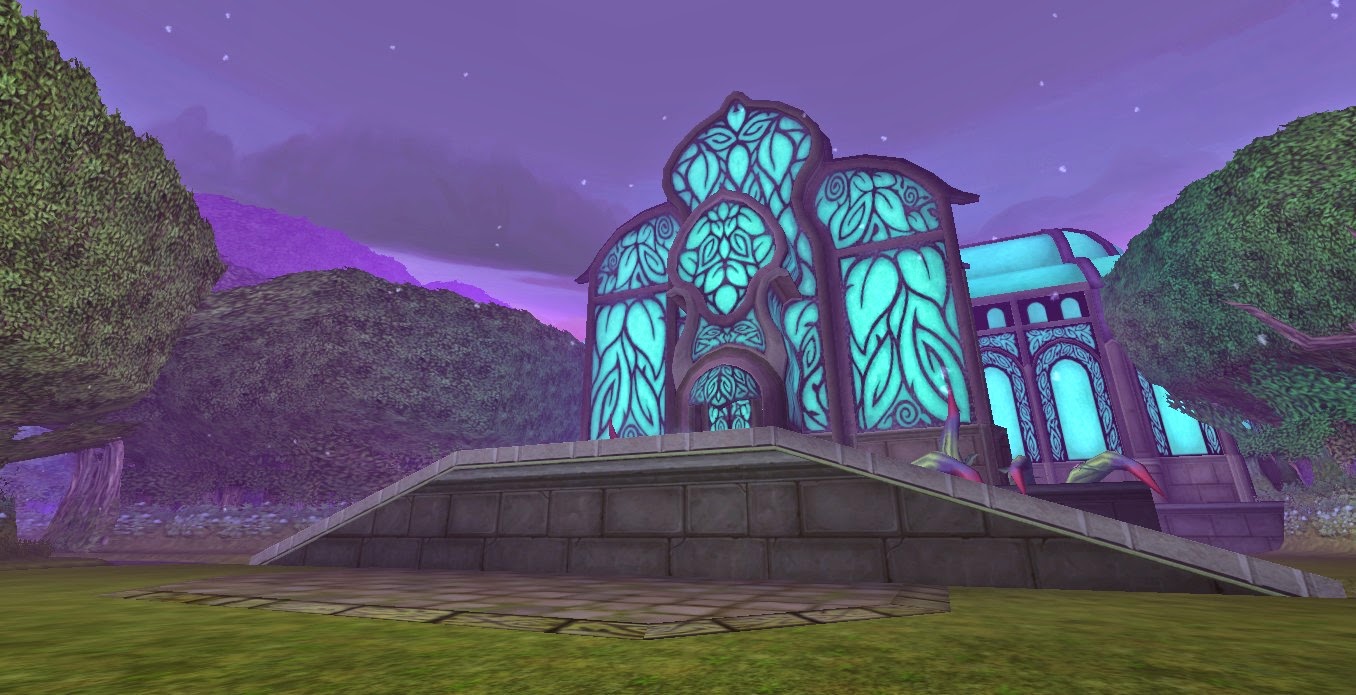 Introducing the Botanical Gardens from the Evergreen Bundle

"After touring this house, I just have one word to say - WOW! This is by far the best piece of work I've seen in the game for a long time. This house has everything - Beautiful secret passages, a PvP ring and an overgrown fly trapper plant that you can get rewards from. Not to mention the natural tranquil and beautiful surroundings. I think this house is alone the full price of the bundle and I'll definitely be moving in here now. :) Great job, KingsIsle!" -Chris Drakeflame aka @TheDrakeflame 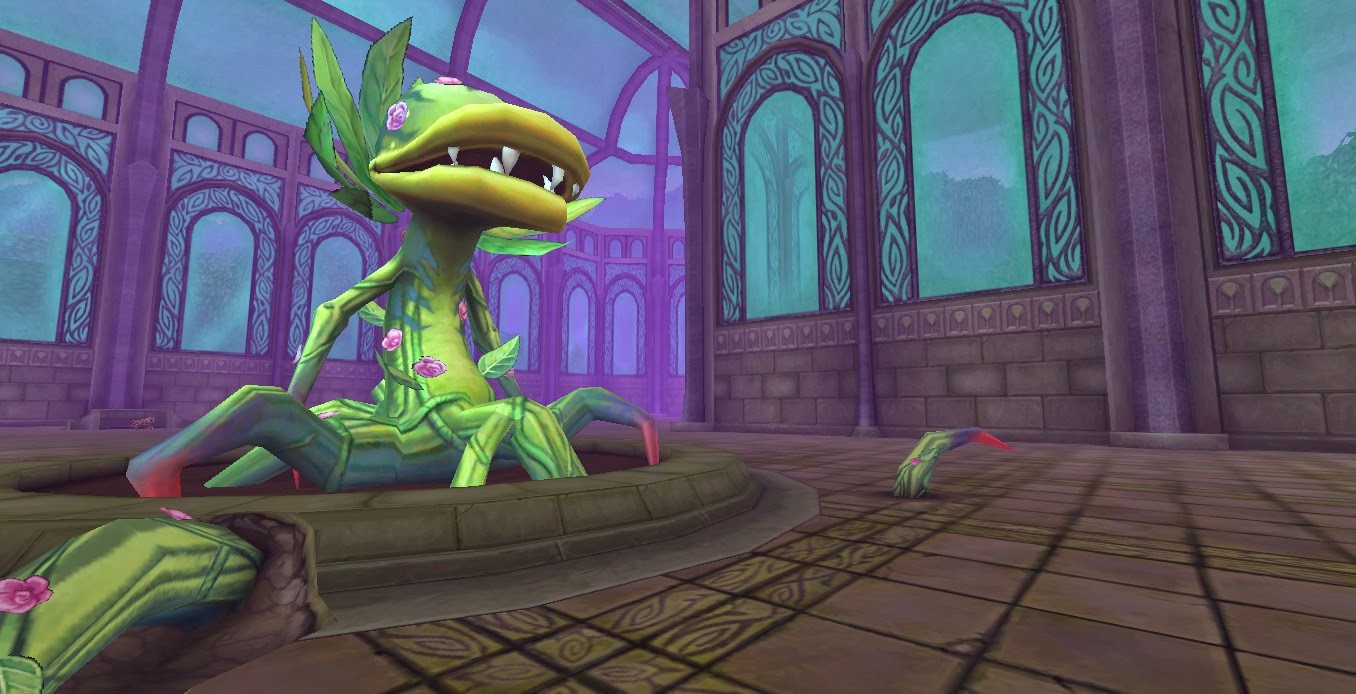 The Evergreen Bundle has arrived in Wizard City! It has a beautiful huge greenhouse house, the Botanical Gardens, which your gardening plants will love... LITERALLY! It even has a giant flytrapper which reminds us all of the movie, "Little Shop of Horrors." FEED ME SEYMOUR! It will give you rewards once you pull its levers such as Gardening TCs, Reagents, even Housing Furniture like Gong of the Oni.

There are three levers - Pollinate, Sun and Water. There's three funny animations to watch for each lever. If you water the plant, it will be washing itself. Sun, it will act like it's getting a tan. Pollinate, it gets tickled. 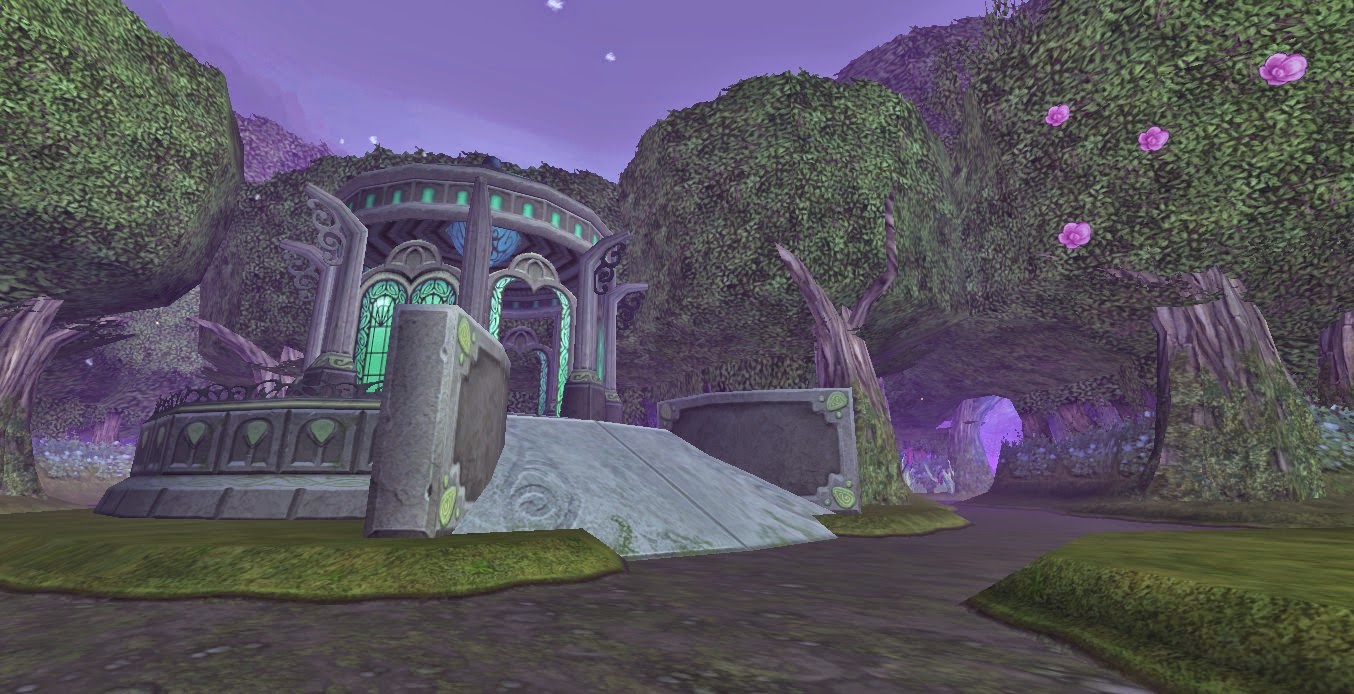 "The Bundle is great, functional, and fun. The concept behind the bundle is new and fresh; definitely worth buying." -Nash aka @Spiral_Official 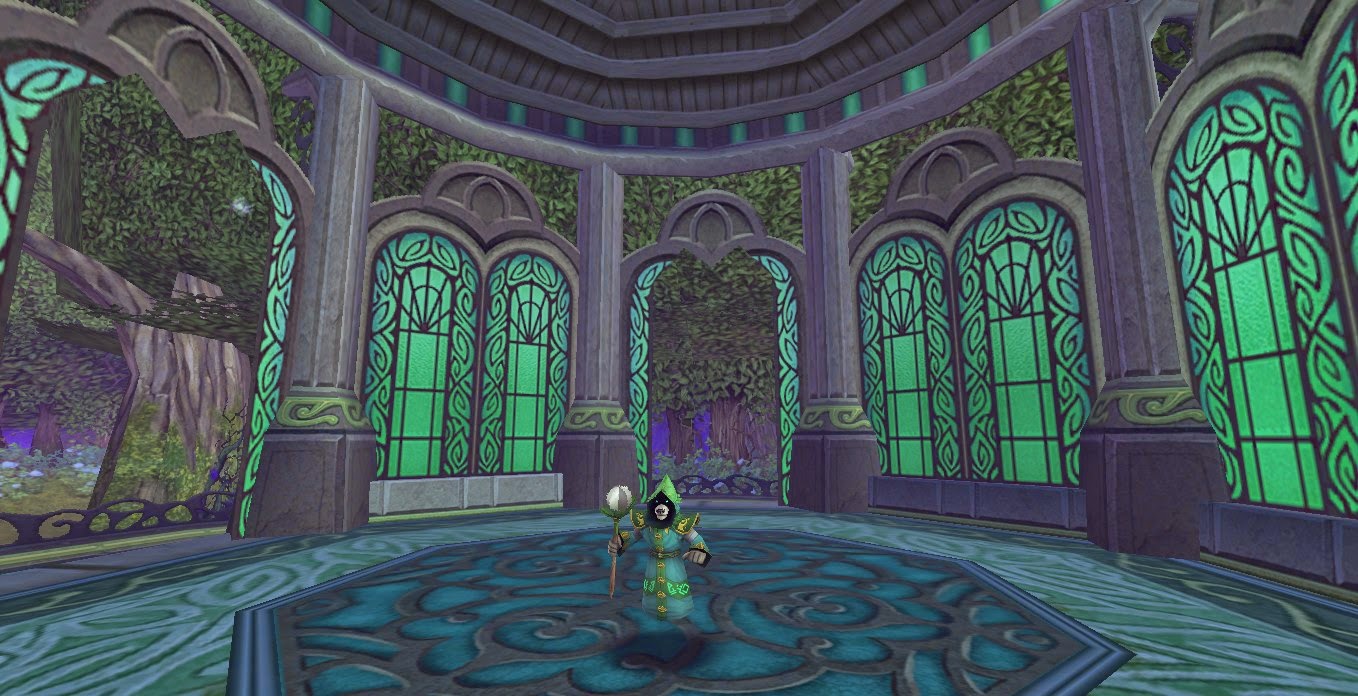 You get a really cute Spirit of the Forest pet that has a Gardening talent, the May Cast Gardening Pixie. He also comes with a Super Nova card as well as Growzone Layer Gardening Card which prevents Magic Need for 48 hours. When you cast any gardening spells on your plants, he will cast his may cast Gardening Pixie talent on your plants too. What a nice bonus, right? Not only that your gardening plants will love the house, so it will give them another bonus like the Red Barn Farmhouse. To sum it up, this house and pet is grrrrrrrr-eat for gardeners! 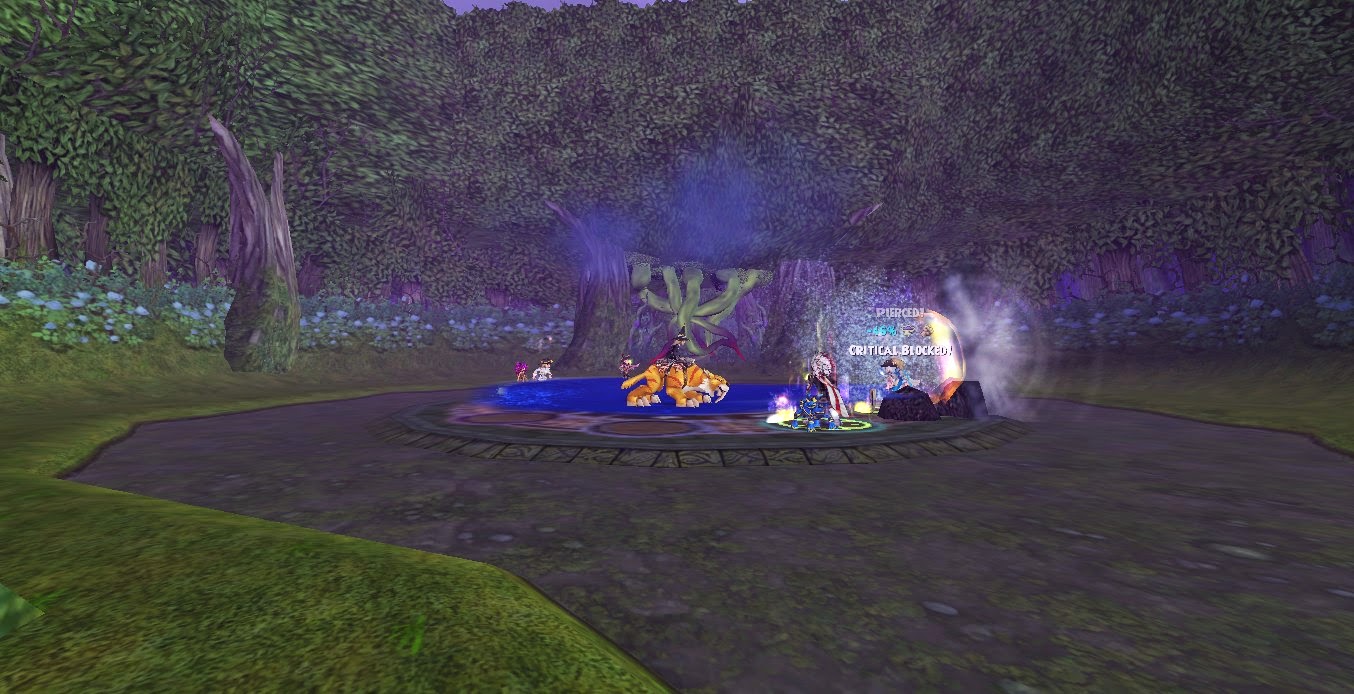 "The new bundle is unlike any other in the game. It is dark and mysterious, but still holds a sense of fun and adventure within its forests." -Jack aka @Jack_Silversong 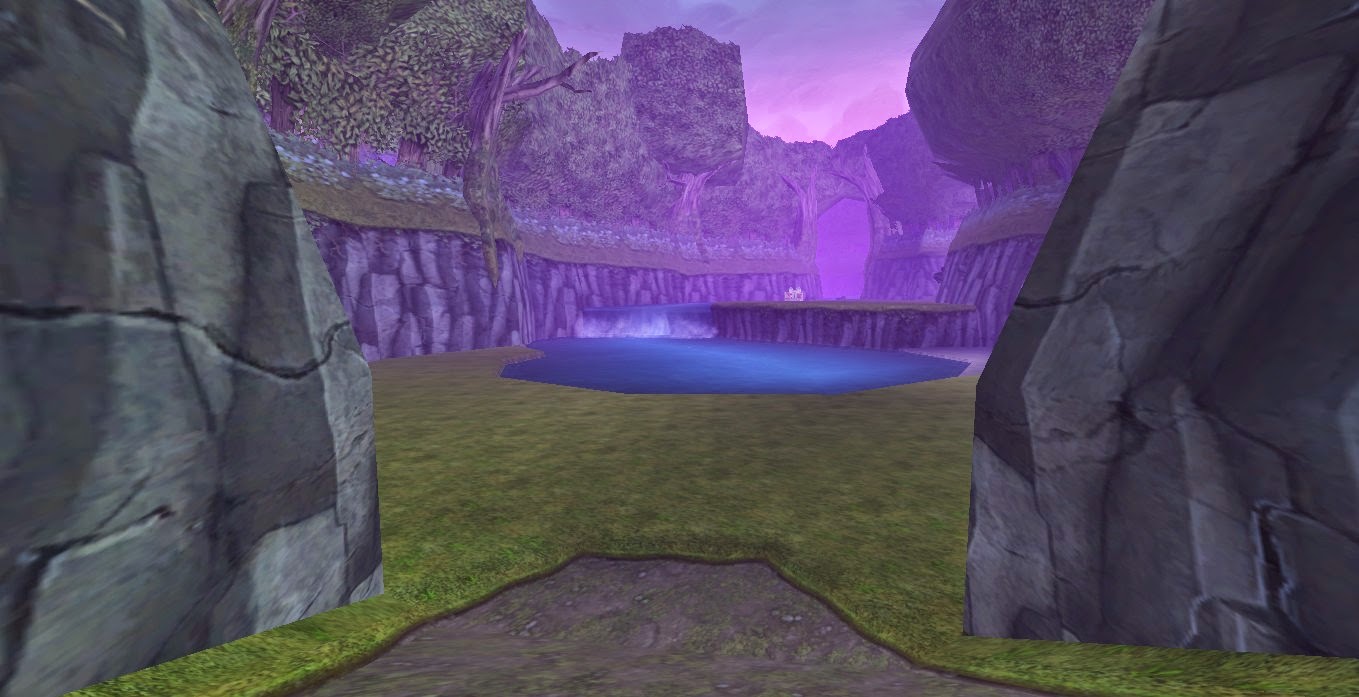 There are cool secret passages that leds you down to a secret lake. It's so much fun trying to find them. I would stand in the secret passageways, shouting "BOO!" to friends walking by who are clueless. It was so much fun! 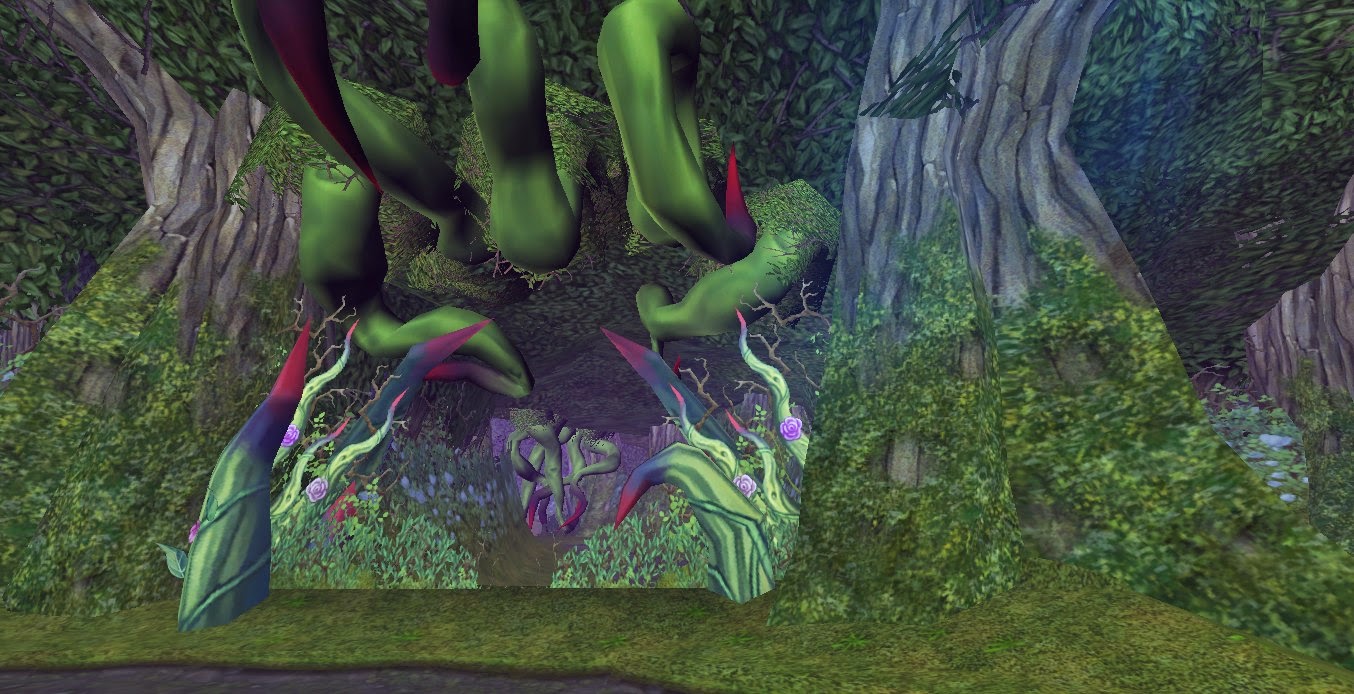 "I just love the new bundle house.  It is HUGE :D I really love the plant with it's nod to Little Shop of Horrors. The place has SO many hidden areas. Most bundle houses don't have so many. It is really a blast to play tag in if you know all the hidden areas lol. The forest is beyond beautiful and I can't wait to decorate it.

I am also in love (Yea I am using Love a lot here lol) with the wolf mount. It is incredibly beautiful and fun to ride. I have included some shots of it. The one of the wolf in the sky with the comet flying by took more than an hour of waiting to get the combination of comet, no debris flying by, and the wolf howling in the short seconds of the comet flyby. Not counting the work involved to float me out there, lol.  All that work was sure worth it as that mounts beauty looks incredible in a night sky :D 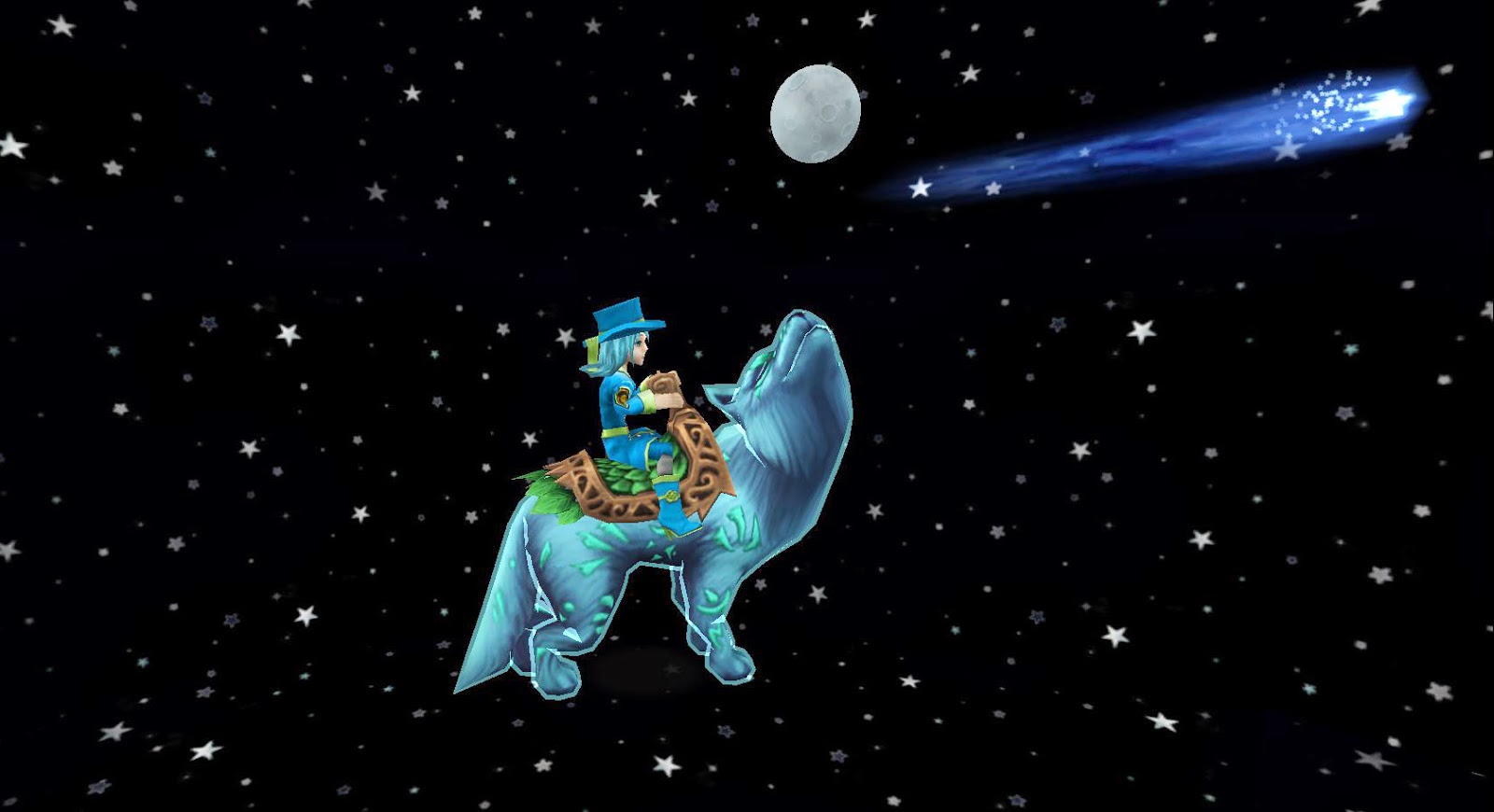 I have seen several decorated Garden Houses and they are incredible *cough, Paige Moonshade's cough*  :P. One has a delightful maze in the greenhouse that is a real hoot.

I have so many new ideas now for decorating it and I can't wait.  I haven't even BEGUN with training the new pet that helps with my plants yet.  I am hoping to mix the forest sprite traits with the otter traits and have a fishing & gardening pet.  So much goodness to discover :D

I couldn't recommend this bundle any higher. It is well worth the investment."
-Chrissy The Blesser aka @ChrissyzTweet 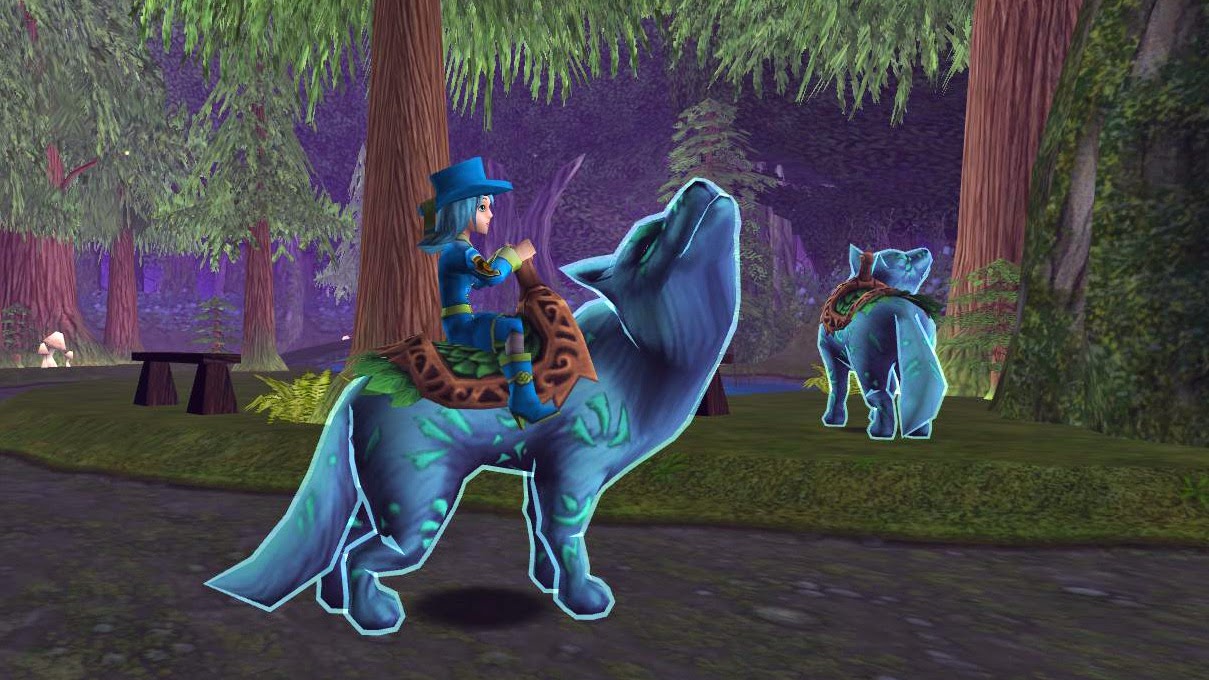 "The Call of the Pack" - Chrissy with her Celestial Wolf Mount 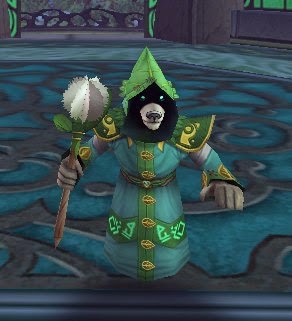 Spirit of the Forest Pet

"Very spacious and has a lot of scenery. Although you may get lost, you can enjoy the surrounding environment." -Alexander Lionheart aka @Alex_Lionheart 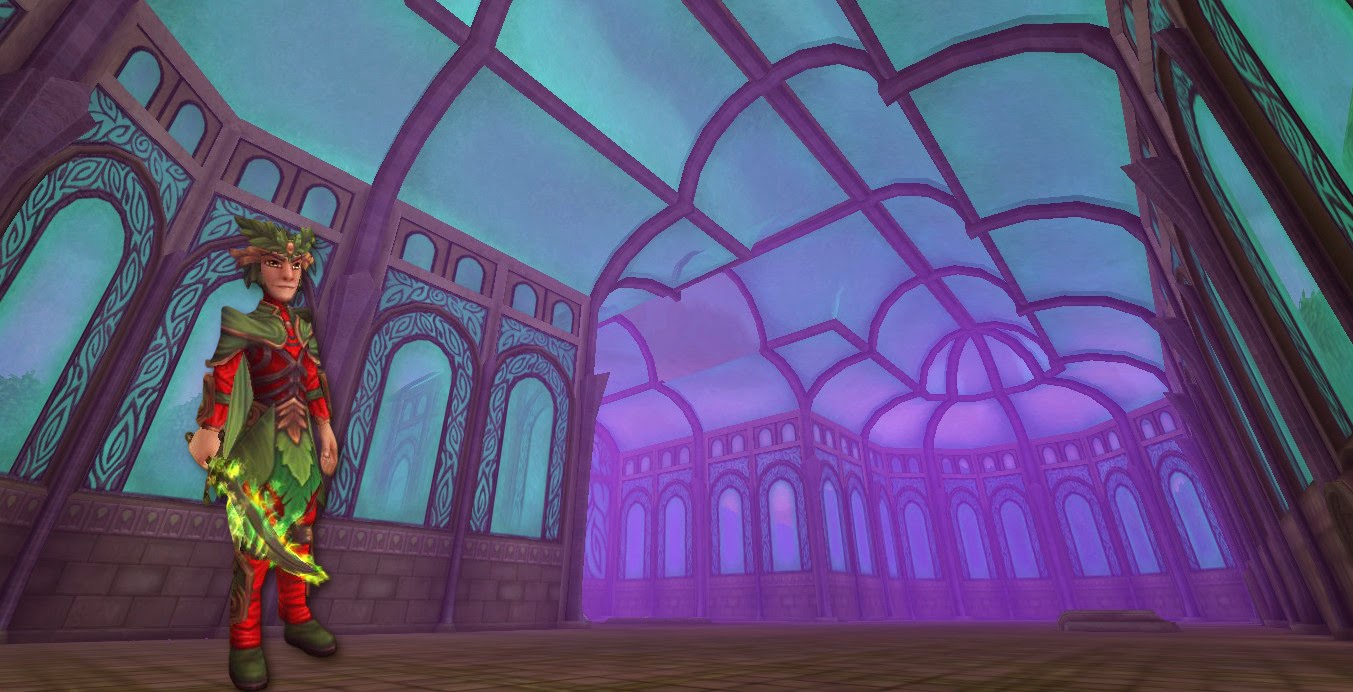 You may find this awesome Bundle from GameStop for $39. You can tell by all of the comments from our Stars of the Spiral staff that the bundle is worth having!

Apparently soon we will have new content coming to Pirate101. Check out their teasers below! 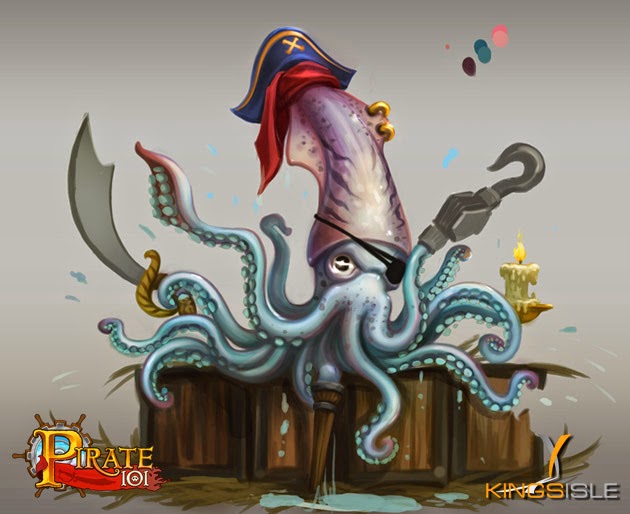 What a cute squid. At first I thought it was a pet, but others disagreed and said it had to be a npc or boss.

Guess they were right, it's a NPC. BLOOP?!? Hehe, so cute. If you notice, he's still in Skull Island. Hmm, wonder what we'll have to do there? Hopefully to find a new key to reach another new world? Polaris, Mirage, Krokotopia, Grizzleheim? Who knows?! Valencia is practically confirmed if you have finished Aquila, there you find out we have to return to Valencia. So yes for sure we are going back there. However, I am hoping that we will get to see yet ANOTHER new world. I am actually hoping for two book expansions or something. I loved having Marleybone and Aquila at once. Since we have waited so long for a new world, I am hoping that it will happen again.

OMG OMG OMG! CAPTAIN'S QUARTERS?! This was something that we pirates have been waiting for a few years for. We wanted the ability to be able to go down inside our ship and decorate it and have ship parties. I guess our dream is becoming a reality with this teaser!


Oooh bundle gauntlet?! SQUEEEEE! It's another thing that us pirates have been waiting for. MORE BUNDLES! We're debating if the building is based off Monsquista or my idea, Mirage.

What do you think? What are your theories? Post in the comments below!