The Backstory of Pirate101

It is a wonderous time of exploration and adventure, when tall ships fly the endless skies and brave the Stormgates of the Spiral. Not long ago, a generation of explorers led by the great Marco Pollo opend and mapped dozens of connections between the various realms. Trade and commerce sprang up all over the Spiral, and many nations learned that the size and strength of their fleets were the key to their destiny. Marleybone, Valencia, Monquista, and Polaris emerged as the dominant poweres of the era, forming colonies and forging trade routes that made them wealthy and powerful. Grizzleheim and many other realms, tried to stay neutral, trading with all and claiming no empire.

Competing colonial interests lead to tension between the great powers, and then to war. Polaris, led by Emperor Napoleguin, launched a great war against Marleybone, Valencia, and Monquista. Every other realm in the Spiral soon found themselves drawn into the conflict as allies, mercenaries, or battlefields. Napoleguin's military genius and strong navy brought the Spiral to its knees - his victory seemed assured, but Marleybone's staunch resolve and Valencia's new clockwork Armada finally defeated him.

The war and its aftermath was a wild, lawless time in the Skyways. Colonies, cut off from their owners, collapsed into anarchy or fell to the hostile raiders. Mercenary ship captains constantly switched allegiances, fighting for Marleybone this week and Polaris the next, switching flags whenever the winds of profit and fortune changed. In time, some of those captains refused to follow any nation - they saw the ship of every side as prizes waiting to be pilaged. The first Pirates were born.

Pirates flousrished in the outer reaches of the Spiral, where the colonial powers spread their forces thinner and thinner. In Skull Island, gangs of Pirates took control of entire Skyways, building their own ports and cities and lucnhing daring raids in every corner of the Spiral. After the war's end, the great navies had been humbled and broken - no one could stop the spread of piracy, and the Pirate Lords amassed huge hoards of plunder and gold. Captain Avery dreams of transforming Skull Island from a den of thieves into a new Pirate republic. This is the Golden Age of Piracy, when Wharf Rats and Cutthroats can make imperial navies tremble.

But winds of change are blowing across the Spiral, Marleybone's Royal Navy is regrouping and lawless Skyways are being tamed. The Armada continues to rise. The Clockworks are supposed to be the military of the Valcanian monarchy, but many are beginning to wonder if the Clockworks and their leader, Kane, don't have an agenda of their own. The Armada keeps growing, despite the end of the war it was created to fight. Now Armada ships are venturing into distant realms, hunting down Pirates and enforcing the law as they define it.

"Let's jump on board, and cut them to pieces!" - Blackbeard 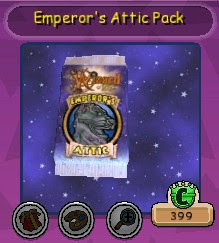 New Gardening Only Reagents from Avalon!


PS: Yes the Ninja Lore Crafted Spells has been updated and it's MUCH HARDER! To see what was added, go to: http://www.starsofthespiral.com/craftedschoolspells.htm
at Thursday, April 19, 2012 No comments:

"Do you have the courage, the wits and the skills to claim a Dragon's Hoard? If so, apply within...
The sign is small, tucked into the corner of Mr. Clutter's bookshop window: 'Adventurers Wanted. Apply within.' No one, but 15 years old Alex Taylor seems to notice it. And for Alex, who wished for a change in his life, it is an irresistible invitation.
Upon entering Mr. Clutter's shop, Alex is swept away on an incredible adventure to a faraway land that is filled with heroic warriors, mysterious elves and hard working dwarves.
Alex becomes the eighth man in a band of adventurers seeking the Slathbog the Red, an evil dragon with a legendary treasure. Along the way, Alex and his new friends must battle dangerous trolls and bandits, face undead wraiths and seek the wisdom of the Oracle of her White Tower.
Alex's adventure takes him to distant and exotic lands where he learnsa bout courage, intergrity, honor and most importantly, friendship.
Slathbog's Gold is the first book in an new exciting Young Adult Fantasy series!"

I couldn't put this book down, it was an great read! Reminded me so much of Wizard101, where you have to travel through the land on so many adventures and meeting strangers who becomes your friends.

The Quest Requirements To Get Your Level 72 Spell

If you want your Level 72 spell when Avalon hits live, you must finish your Level 35 and 55 Spell Quests in GH. For example, For Fire - Level 35 is Fuel and Level 55 is Power Link.

Read the instructions below that Wizard101 has provided and finish those quests NOW so you can be ready when Avalon hits the live game!

The Last Area of Avalon: Keep of Ganelon! 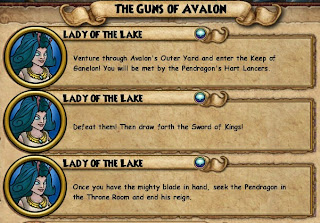 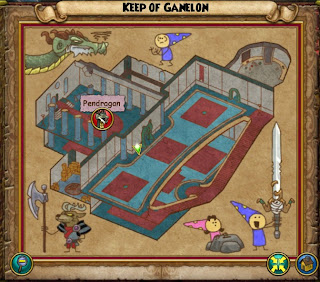 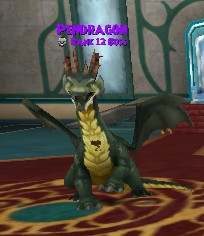 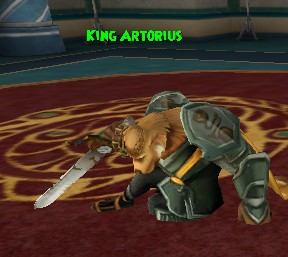 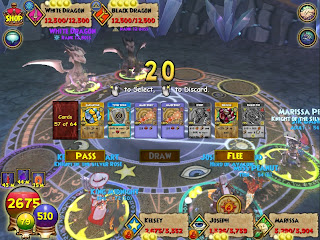 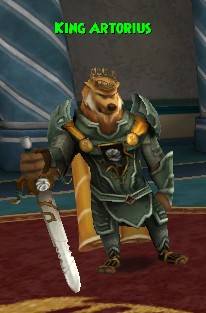 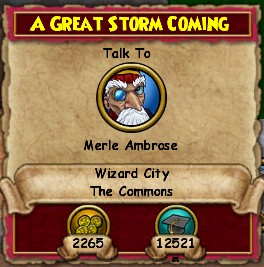 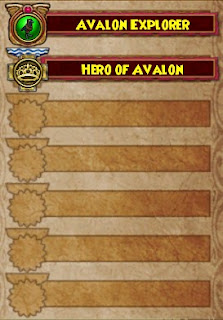