Today, Pirate101 had so much information in their Producer's Letter and Newsletter that it was enough to make me SQUEEE in real life. I almost fainted from the sheer excitement of it all.

If you have not heard yet, let me tell you the important bits! 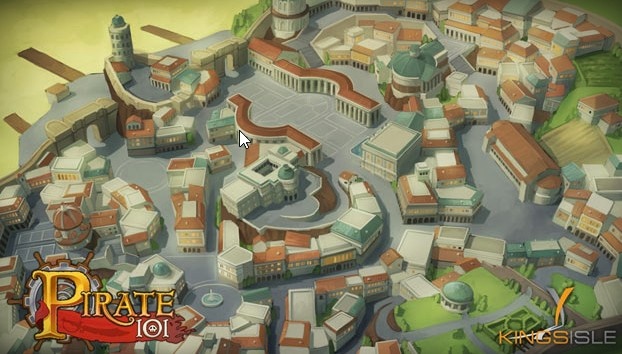 First of all, the above photo is of the city Florenza. If it looks familiar to you, it should. I think that's the same place we saw on KI Live last month.

If you think about it, Florenza sounds like the real life city Florence which is in Italy. It's quite interesting to think about because Florence is the birthplace of the Italian Renaissance. And the present city of Florence was established by Julius Caesar. Yep, that Caesar. Makes you think of what we will encounter here. Whatever it is, it's gonna be amazing and crazy good because this city is gonna be the center of it all. 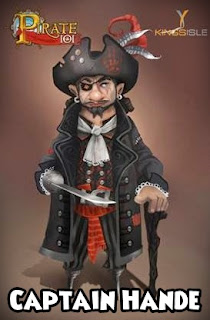 It's also very likely we'll meet Captain Hande, one of the famous pirate captains of Skull Island, who apparently will come out of retirement for "one last scheme."

I just wonder, will he be on our side or not? While reading his biography, I got this crazy thought. He sounds so much like Catbeard. Could they be related or owner/pet? Then I had a crazier thought.. If we ever did a spell on Catbeard to transform him into a human. Would he look like Captain Hande? Well probably not because of those legs and hands. But still.. I sure hope that we won't be chasing after a pirate that's in need of gold.

The look of him is just wow. So COOL! I never thought of a pirate with one limb intact.

"This is the long hidden hideout of a famous pirate, where secrets of the Pirate's past are waiting to be found... or lost."

Hmm, so will we find out about where we come from? Or even better, who and where are our parents?!

If you remember, there was also a picture of all of the special people that we've met so far. It had our mother in it, Erika the Red and a giant being that we do not know. What if we will finally meet them or at least find out what happened to them?

I love it! I so love exploring the mysteries of our past as well as the secrets in that photo. 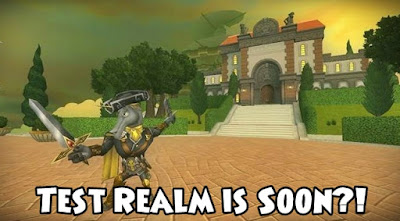 The photo above looks very very familiar. If you watched the video from KI Live, they showed an island with a huge house. This has to be it.

People think that two chapters and just five levels are not good enough. That it will mean a short story. I think that it's better than nothing. It's a great jump start from the long break Pirate101 has had from continuing its story. Even if it's a smaller update, it's still okay because what if they will introduce another smaller update later in the year? And two chapters could mean a long long long story. It all depends on how they set it up. I personally want to see two worlds at least. But it will be great, I know it. It's signs of life that we have been waiting for.

Some people also expressed concerns over the first story arc's conclusion being already here. Even I was concerned. I sure hope that it doesn't mean that we're already finished with the Armada. I feel torn to be honest. I have faith in Pirate101. But at the same time, I want it to last longer because we have only returned to the story after a long time. I can see years of stories just from the Armada Elite. But again, I want to wait and see how they made it to "end." People think that it means Pirate101 is dying. I'm sorry but no, that's not true. It has nothing to do with the game. Please do not think that way.

Maybe it just means that the arc's end is not that major. Maybe it just means we get to the answers we wanted, then we continue on. Maybe we won't confront all of the Armada Elite. Maybe one escapes, who knows? But maybe it's like trilogies or a book series. I mean look at Harry Potter. How many books did it have? But every book did not end. It just stopped at a good "end." Then it continued with a new adventure for the next. The cast is still the same, the enemy is still the same, and maybe that's the case for Pirate101.

I just hope that Pirate101 doesn't have short stories because in Wizard101, we now have three arcs and Wizard101 is only eight years old. So every three, four years, we get a new arc. I would love to see an arc last longer than that. Imagine if we still are fighting Malistaire? That he's just driving us crazy and coming back for more, but bigger and badder than the last? So it would be this one long story arc. But then, there's this danger. What if we get bored?

The thing is the reason why I love Pirate101 is because they have this amazing quality that makes you think that the story will last years and years. It honestly is a great feeling. I can't even imagine other enemies than the Armada because the Armada is just too epic for words. I mean really, what could be better than the Armada?! I don't even mind fighting them until the game ends which probably will be in 10, 15 years or more.

I just love how fluid and flexible Pirate101 is. It's all one path and it doesn't start and end with a world. And thank god, there's no side worlds. Wizard101 is very very different from Pirate101. It's something that I love about Pirate101. But that being said, I am still positive to see how this first story arc "ends" before throwing my hands up and going, "I don't like this."

I know that you might feel the same. But really, try to stay positive and keep an open mind. I know it can be hard. It is hard for me too. I just love Pirate101 so much that I wanna wrap it up in bubble wrap and call it my "precious."

But you know... Maybe Pirate101 will surprise us. I hope that they do. I sure love surprises! Just remember, this is something that shows you that Pirate101 is still alive and kicking. That's the most important thing to remember. If you ever had doubts, let this prove you that your favorite game (and mine) is here to stay. And it will survive for a lot more years!

PS: Apparently Lucky Jack Russell has been to Polaris. Makes you think, doesn't it? 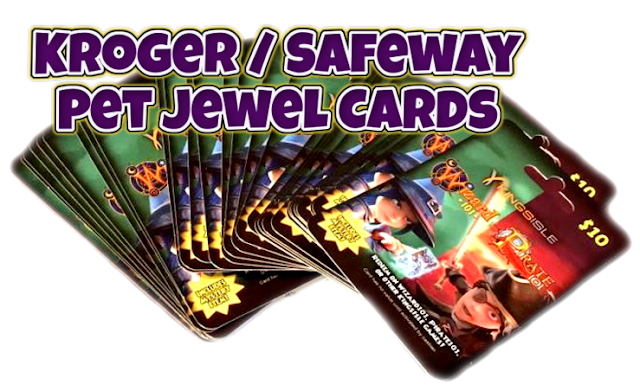